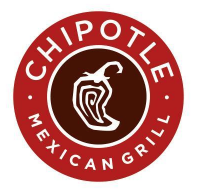 The soon-to-be-opened Chipotle in Oxford has recently applied for its liquor license revealing the location of the fast-casual Mexican restaurant.

Yes, margaritas will likely be served at Oxford’s Chipotle.

It will be the first Chipotle location in Mississippi.

Oxford’s Chipotle will be located at 2151 Jackson Ave West, according to the permit application. Representatives for Chipotle have been reached out to and the EAGLE will post any updates as it receives them. The official opening date of the restaurant is not known.

Aside from its burritos, tacos and quesadillas (among other Mexican fare), Chipotle restaurants that offer liquor often serve it in the forms of margaritas or beer.

Chipotle margaritas are made from a customer choice of Patron, Silver or Sauza tequila, triple sec, a blend of lime and lemon juices, and sweetened with organic agave nectar.