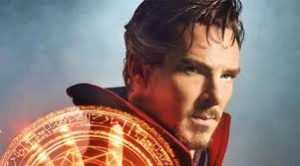 Marvel Studios’ movies have been with us for nearly a decade now and within this deluge of superhero flicks, a clear (but increasingly crowded) universe has manifested itself.

Over the years, the movies in the series have stacked up on top of each other, virtually weeding out casual filmgoers in the process. At this point, it’s impossible to take on a Marvel movie, like, say, 2016’s “Captain America: Civil War”, without having seen any of the previous entries.

Enter “Doctor Strange”, the first Marvel effort since “Guardians” that doesn’t require any prior viewing and feels like a much-needed breath of fresh air. Yet “Strange” still belongs within the universe that the previous 13(!) films in the canon have established.

In fact, there’s only one mention of the Avengers throughout the 115 minute running time; a welcome reprieve. Instead, we’re introduced to Dr. Stephen Strange (the ever-talented Benedict Cumberbatch), an arrogant neurosurgeon, who, after a car wreck, has his hands irreparably damaged. When traditional medicine fails him, he seeks out an alternative cure, leading him to Kathmandu, Nepal. There he finds the Ancient One (Tilda Swinton), a mystical being, who promises to open his mind and show him powers he never thought he had. What follows is Strange’s journey into a world of magic, infinite universes and some of the most mesmerizing visuals this year.

Director Scott Derrickson, who has primarily helmed scare fests like “The Exorcism of Emily Rose” and “Sinister” (1 and 2), gives Strange and co. a lush world in which to fly around and fight. New York City skyscrapers twist and turn like an M.C. Escher print on uppers and Strange goes on mind-bending head trips that make the psychedelic final act of Kubrick’s “2001: A Space Odyssey” feel like a stroll in the park. It’s easy to occasionally get lost in the ensuing chaos, but it’s gorgeous all the same.

Despite the brand new characters and scenarios, some Marvel tropes still creep their way into the film. Once again, the villain, a rogue sorcerer, is after a mystical item that will bring about the end of days; something we’ve seen in nearly every one of these movies previously. And again, in a vast and infinite universe, Earth is the desired target of a shadowy and malevolent interdimensional entity. One would think that with all the worlds out there, somewhere has to be more desirable than our little planet.

But at least “Strange” is attempting to do something new within the Marvel universe. Early in the film, one of Strange’s sorcerer-in-arms tells him that while the Avengers protect the planet from physical threats, their job is to protect it from unseen forces using the mystic arts. “Strange” is exactly what the Marvel Cinematic Universe needs at this time: a little dose of magic. 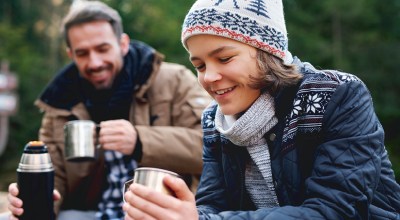