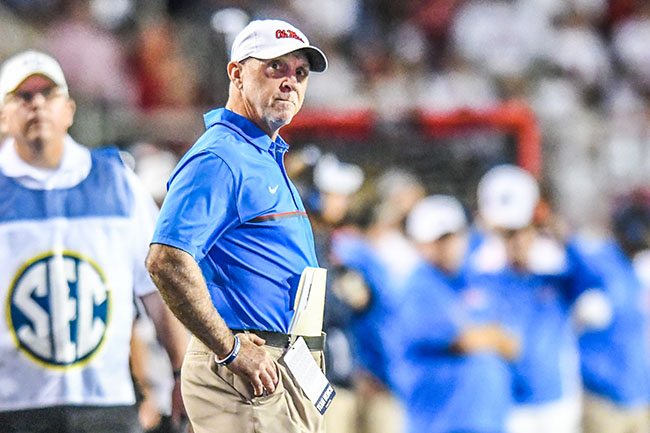 RebelGrove.com first reported the news. An athletic department spokesman told the EAGLE Wednesday afternoon the school would not be commenting on Farrar’s status with the team.

Before beginning his weekly media session following Wednesday’s practice, Ole Miss coach Hugh Freeze said he couldn’t currently comment on any personnel but reiterated he has confidence in the way his program is being run.

Farrar, who’s been on staff throughout Freeze’s five-year tenure, became a key figure in the NCAA’s ongoing investigation into the football program when former offensive lineman Laremy Tunsil claimed after being selected in the first round of the NFL Draft that he took money from an Ole Miss staffer after screenshots of a text conversation between Tunsil and assistant athletic director for football operations John Miller were leaked to Tunsil’s Instagram account.

At one point in the exchange of texts, which were dated Feb. 14, 2015 and April 7, 2015, Tunsil tells Miller he needs help paying rent, to which Miller responds, “See Barney next week.” ESPN reported then that Farrar said Tunsil, who was suspended for the first seven games of last season, never asked him for money nor did he give him any.

The new information has delayed Ole Miss’ hearing with the Committee on Infractions, which was originally scheduled for this summer. The NCAA recently expanded its investigation into possible rules violations by interviewing players at other Southeastern Conference Western Division schools who were once recruited by Ole Miss and offering immunity from possible sanctions in exchange for truthful accounts of their recruitment by the Rebels.

Part of Farrar’s bio on Ole Miss’ official athletics website says Farrar “plays a vital role in recruiting, which has helped Ole Miss land four straight top-15 signing classes, including the 2013 and 2016 hauls that ranked top five in the nation.”