Amory up next for Lafayette in Class 4A playoffs 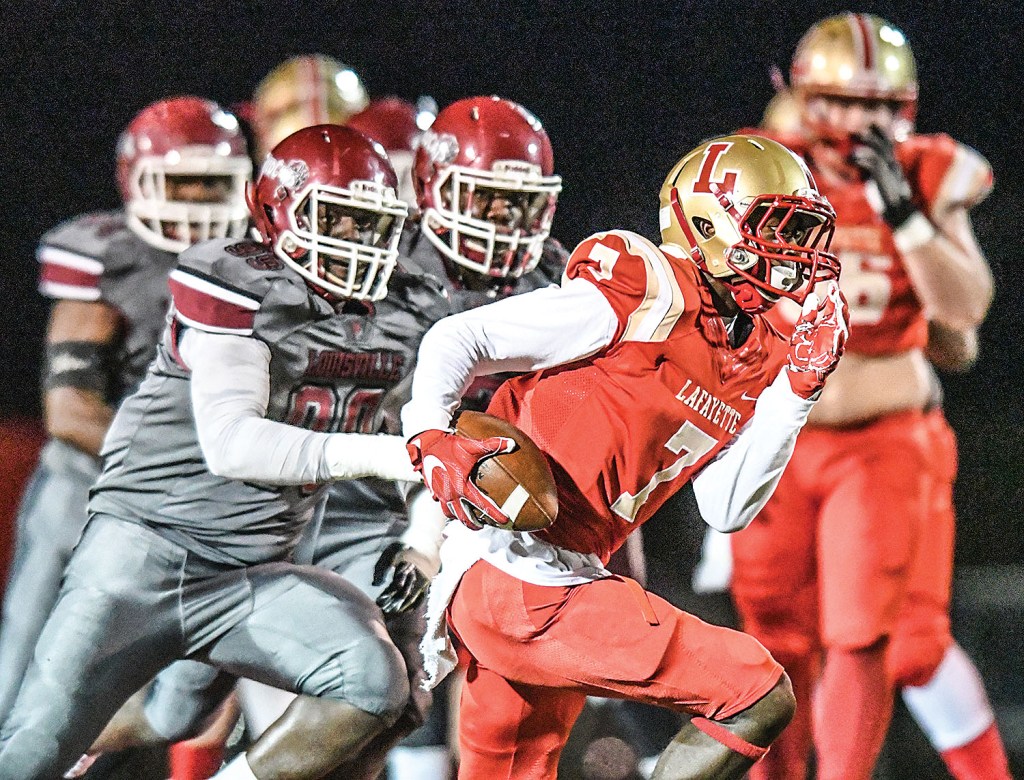 Lafayette coach Michael Fair will probably have his phone ringing off the hook this offseason as coaches from around the state will try and pry from him how he pulled off getting three straight playoff games at home, including Friday night’s MHSAA Class 4A quarterfinal matchup against Amory (7 p.m., 105.1 FM). Fair doesn’t have the answer, besides the dominoes falling exactly perfect for him, but he is not going to be complaining to the people down in Clinton anytime soon.

“I’ve been around for a long time, and I don’t think I’ve ever been able to play them all at home so far like this,” Fair said. “We’re going to take advantage of it. I’m excited for our fans and community to get to come out and watch us play. Plus our guys enjoy playing at home. We’ve been pretty good on the road, but there’s something about playing at home that sometimes gives you that edge that you need.”

The winner of Lafayette and Amory will play the winner of Noxubee County and Pontotoc in next week’s 4A North Half championship.

Lafayette (10-2) has enjoyed playing in their friendly confines of William L. Buford Stadium as they are 6-1 at home this season with their only loss occurring in their season opener against Horn Lake. In the playoffs, they outscored Shannon and Louisville a combined 68-7 at home.

The challenge could prove more difficult this week as they host an Amory team that is also riding a 10-game winning streak. The Panthers (11-2) come into the third round after defeating New Albany and most recently Cleveland in their first games of the postseason. Amory is averaging 372 yards a game with a balanced offensive attack that has 2,050 passing yards and 2,787 rushing yards through their first 13 games. Senior quarterback Zatorious Gates has passed for 2,024 yards, completing 123 of 227 passes, and has thrown 17 touchdowns and five interceptions. The running game is paced by junior Jartavis Jernighan’s 1,088 yards and 18 touchdowns on 139 carries.

It is as balanced as an offense Lafayette has seen along with first-round opponent Shannon’s offense.

“Very balanced,” Fair said. “They’ve got a very good athlete at quarterback. They distribute the ball well. … You’ve got to be able to stop the run. We’ll do that kind of like we did against Shannon. We’re tweaking the gameplan some, of course. But, we’re going to try and stop the run and rely on some of our guys on the back end to make some plays.”