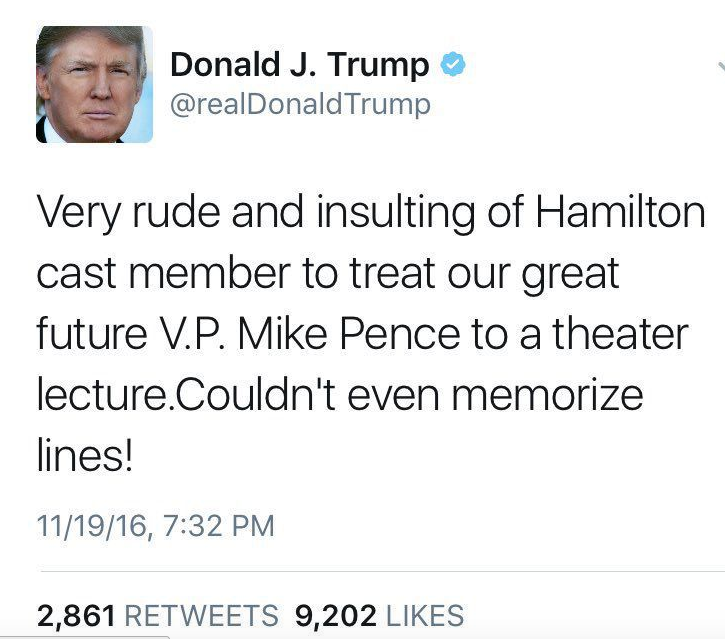 President-elect Donald Trump is renewing his Twitter complaints about the Broadway hit Hamilton, but one of his tweets was deleted overnight.

Maybe it was because he had a grammatical error — a spacing issue — or maybe he just didn’t want to say any more after all, but, Trump posted and then deleted this tweet: “Very rude and insulting of Hamilton cast member to treat our great future V.P. Mike Pence to a theater lecture.Couldn’t even memorize lines!”

Early Sunday morning, Trump wrote on Twitter that the cast and producers “should immediately apologize to Mike Pence for their terrible behavior.” He also said he heard the show was “highly overrated.”

The vice president-elect attended the show Friday night. At the end, actor Brandon Victor Dixon challenged him from the stage, saying the cast was concerned about the Trump administration.

Trump fired off two angry messages on Twitter Saturday morning, calling for an apology. He posted another such message Saturday evening, but then deleted it.

His tweets came as his transition team was focused on vetting potential candidates for his administration.