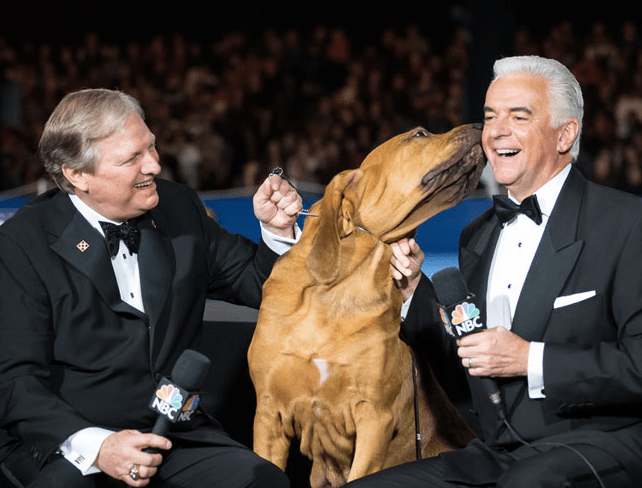 Besides turkey and the Thanksgiving Day parade a Thanksgiving television tradition for many families means watching the national dog show.

Brought to you by the Kennel Club of Philadelphia Dog Show, it airs throughout the country for two hours today beginning noon in all time zones — or right after the end of the Macy’s Thanksgiving Day parade. The show was help last week and it is tape delayed today, but the winners from last week have not yet been announced so you can watch today and learn about the winners with everyone else.

Three new breeds sanctioned by the American Kennel Club — the Pumi (herding group), the Sloughi (hound group) and the American Hairless Terrier (terrier group) — have been added this year.

Since hosting a major dog event in 1876 at the Centennial Exposition, Philadelphia has been at the forefront of the purebred dog world. The Kennel Club of Philadelphia (KCP) and its predecessor clubs have been presenting dog shows since 1879. In fact, the Philadelphia club predates the American Kennel Club (AKC) which was organized on September 17, 1884. The Philadelphia club went through several changes of name in the years spanning the end of the 19th and the beginning of the 20th century. \

Records show a Philadelphia Kennel Club benched show in 1896 and a Philadelphia Dog Show Association with a “bench show of dogs” from 1899 to 1909. Shortly after, the group reorganized and formed the present-day Kennel Club of Philadelphia. The KCP hosted its first dog show in 1912, was elected a member of the AKC in February 1913, and is thriving to this day. The KCP shows were suspended from 1928 through 1932, the time of the Great Depression. The shows resumed in 1933 and have been held annually ever since.

For most of that period, the shows were staged in December at the Philadelphia Civic Center. Unlike the more common “show and go” format, benched shows require exhibitors to remain in the building for the day, allowing the public to meet and greet the canines. Now almost a lost tradition, only six benched shows remain in the country.