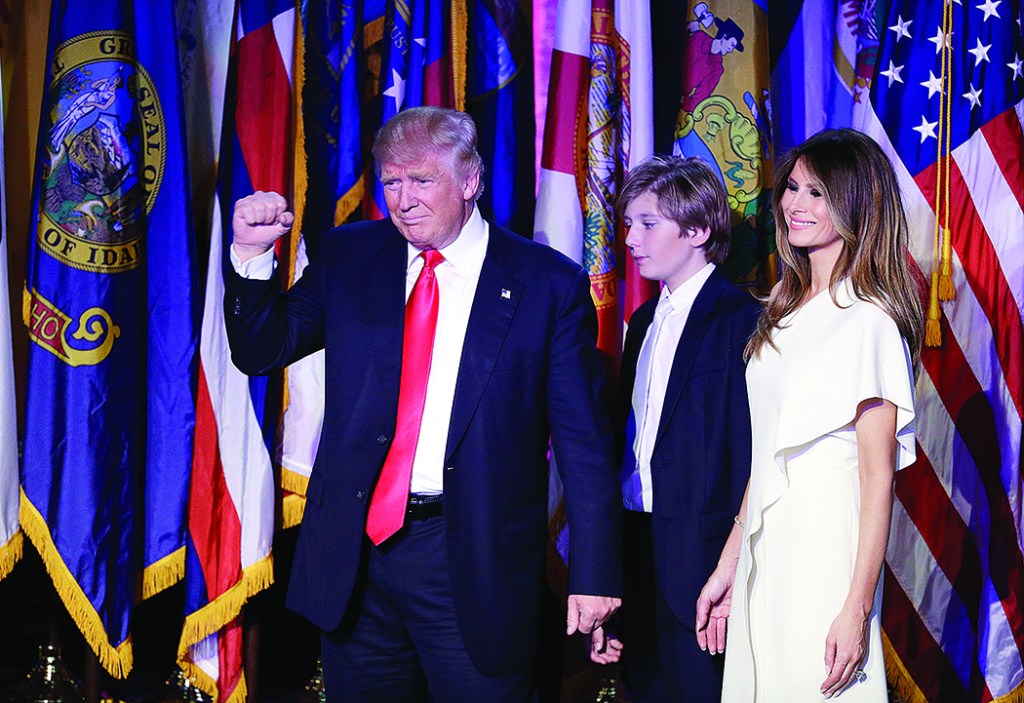 Stein, who earned little more than 1 percent of the national vote, formally requested a Wisconsin recount Friday afternoon, vowing to do the same in the coming days in Michigan and Pennsylvania. There is no evidence of election tampering in the states where Trump scored razor-thin victories, but Green Party spokesman George Martin insisted “the American public needs to have it investigated to make sure our votes count.”

“We’re doing this to ensure the integrity of our system,” he said.

Trump’s team ignored questions about the looming recounts. Set to assume the presidency in 55 days, he was focused instead on the daunting task of building an administration from scratch.

Gathered with family at his Mar-a-Lago Palm Beach estate for the holiday weekend, the incoming president made two senior-level staff appointments and scheduled meetings with several more prospective administration officials.

Having faced criticism about the inexperience of his initial picks, Trump finds in McFarland someone who previously worked under three presidents, although none since Ronald Reagan. McGhan, a veteran Republican election lawyer, served as Trump’s attorney during the campaign.

Facing external pressure from Stein, there were also signs of internal discord within the president-elect’s small inner circle as Trump weighed his choices for secretary of state.

Trump spokeswoman Kellyanne Conway took the unusual step of shining light on the controversy over the Thanksgiving holiday, tweeting that she had been “receiving a deluge of social media & private concerns re: Romney Some Trump loyalists warn against Romney as sec of state.”

Meanwhile, Stein announced on her website she has raised enough money to fund recounts in Wisconsin and Pennsylvania and was pursuing additional funding to do the same in Michigan.

Trump’s Nov. 8 victory was unexpected and historic, by some measures.

He won in Pennsylvania. He won in Wisconsin, breaking a Democratic winning streak dating back 32 years. He holds a slim lead in Michigan, where a Republican presidential candidate hadn’t won since 1988; The Associated Press still hasn’t officially called that race.

Wisconsin, where Trump leads by little more than 22,000 votes, has never conducted a presidential recount. Even before Stein’s Friday request, Wisconsin elections Commission Elections Supervisor Ross Hein sent a memo to clerks this week telling them to expect one.

In Michigan, Trump’s 10,704-vote lead is expected to be certified by the state elections board Monday. The deadline to ask for a recount is Wednesday.

A statewide recount would cost Stein roughly $790,000, said Fred Woodhams, a spokesman for the Michigan secretary of state. An opposing candidate would have seven days to file objections to the recount petition, after which the board would schedule a public hearing and later issue a ruling on the objections.

Trump’s transition team indicated he was focused on the challenges of governing.

Since arriving at his Palm Beach estate Wednesday, they said, the president-elect has spoken to the prime ministers of Greece, Hungary and Sweden, along with the presidents of Panama and Slovenia.

He is expected to return to his New York City home on Sunday.