Christmas events to kick off this weekend 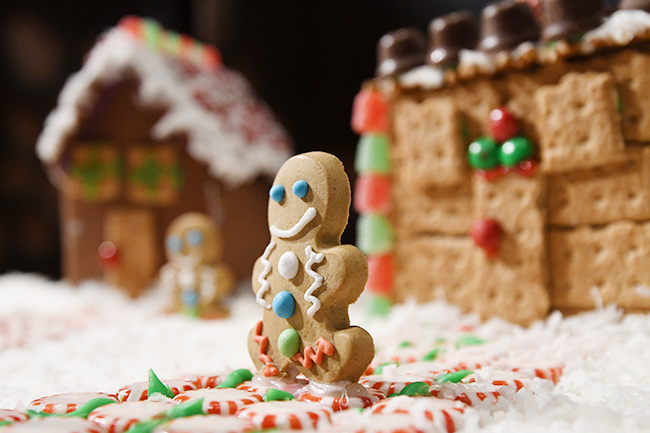 The annual Gingerbread House display at the Ford Center, in Oxford, Miss. on Wednesday, November 30, 2016, opens on Thursday, December 1, 2016..

Christmas isn’t for another three weeks still, but Oxford and the surrounding area is beginning the celebrations early this weekend.

Starting today, the annual Gingerbread Village at the Gertrude C. Ford Center will be opening its doors for its seventh season. Kate Meachum, the marketing director for the performing arts center, says that the event keeps expanding with each passing year.

Some of the local groups and businesses who assembled the houses include Holli’s Sweet Tooth, the Yoknapatawpha Arts Council and local Girl Scout troops.

The Gingerbread Village will be open until Dec. 16 and admission is free. However, it’s asked that visitors donate a food item for The Pantry and Ole Miss Food Bank upon entry.

Also at the Ford Center on Saturday afternoon is the touring production of “Miracle on 34th Street.” Meachum says that 250 tickets are still left for the performance.

On Saturday from 9 a.m. to noon, the University Museum will be hosting family activities that include holiday crafts and snacks and a trip to the Gingerbread Village at no cost.

In nearby Water Valley, there’s also no shortage of holiday tidings.

Friday night from 5 to 8 p.m., “Christmas in the Valley” brings horse-drawn carriages and live music on the city bandstand to the downtown area.

Later that day, Water Valley’s annual Tour of Christmas Homes will feature four homes decorated for the holiday. The tour will be running from 4 to 7 p.m. and tickets can be purchased at the Water Valley Chamber of Commerce.