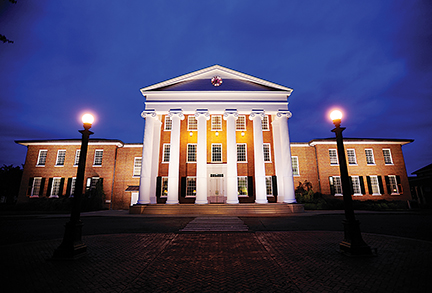 The possibility of Ole Miss becoming a “sanctuary campus” has been tabled- for the moment.

A piece of proposed resolution by several senators on the Associated Student Body on Tuesday, asked that, if passed, for Ole Miss to become “a formal sanctuary for undocumented immigrants, their families, and related community members.” In addition, the legislation asked the University to “refuse all voluntary information sharing with Immigration and Customs Enforcement and Customs and Borders Protection across all aspects of the university to the fullest extent possible under the law.”

The resolution made its way across social media prompting it to be withdrawn from further discussion during the ASB meeting on Tuesday night.

The ASB also published a statement regarding the withdrawn legislation. In the letter they wrote that, “ASB’s Executive Leadership wants to reinforce the importance of properly following procedures to ensure that in the future, legislation drafts contain correct information and are not released until approved by the ASB Senate Committee on Rules.”

Allen Coon, one of the authors of the resolution, wrote on Facebook Tuesday evening, “During the drafting process, I failed to abide by appropriate legislative procedures; as a result, the resolution has been withdrawn. I accept full responsibility for this mistake.”

Mirroring the proposed legislation, a petition has also been created online by faculty and staff along with students with the similar goal to make the university a “sanctuary campus.” As of Thursday afternoon, the petition had over 250 signatures.