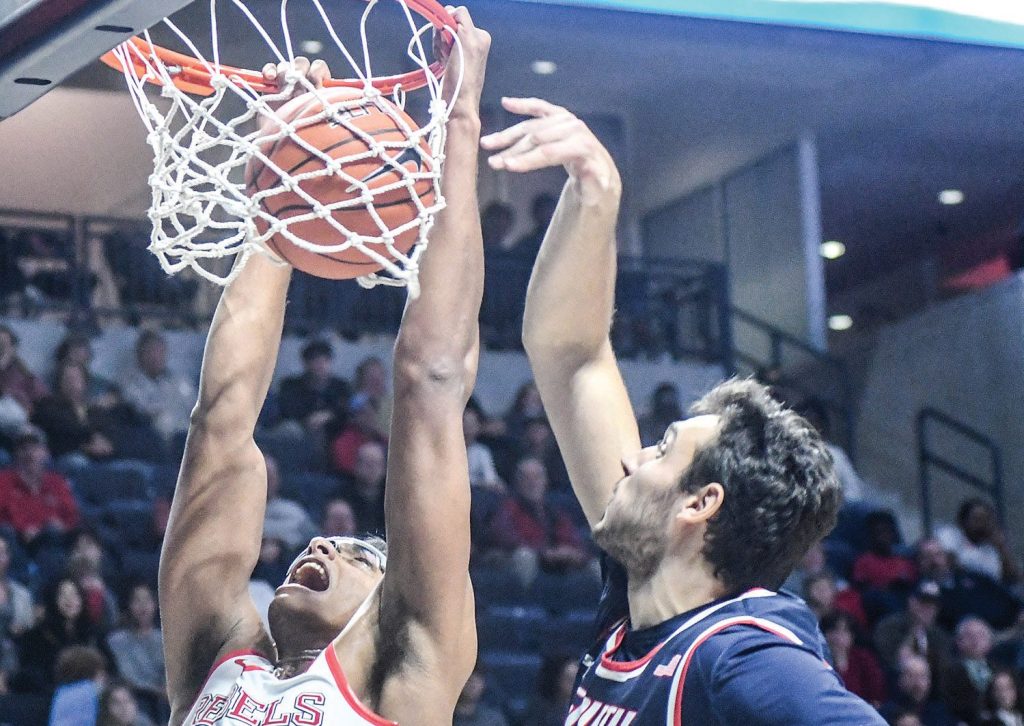 Ole Miss did exactly what it needed to do these last two weeks.

The Rebels handled South Alabama late Thursday night the way a team with an RPI of 227 should be handled. It came after wins over Murray State and Bradley, another pair of sub-200 RPI teams, that kicked off the Rebels’ four-game homestand.

The key word in those first two parargraphs is wins. These kind didn’t do anything to help strengthen Ole Miss’ resume for the NCAA Tournament, but losing games on your home floor to bad teams make for an ugly smudge that can’t be erased.

So Ole Miss is 9-3 in the non-conference, and if the NCAA Tournament started today, the Rebels might be in. They’re No. 40 in the NCAA’s latest RPI rankings despite these last three snoozers because the rest of their schedule so far has been pretty strong.

Two of their games (Middle Tennessee State and Creighton) have come against top-20 RPI teams while two other opponents (Virginia Tech and Saint Joseph’s) are in the top 65. While Ole Miss lost three of those, losses to good teams aren’t going to hurt you.

But the Rebels can’t keep letting opportunities slip away as they start Southeastern Conference play next week.

A 13-point win over Saint Joseph’s on a neutral floor is Ole Miss’ best to this point while a win over UMass (100) is another top-100 RPI victory as of now. Ole Miss will be rooting for both to rack up a bunch of wins in the Atlantic 10 so those wins continue to carry good weight while also pulling for Memphis (121), a team lingering outside the top 100 that Ole Miss has already beaten.

But Ole Miss has to win games against some of the better teams in what appears to be a stronger SEC this season starting next Thursday with the league’s gold standard, No. 6 Kentucky, which will bring a top-10 RPI into The Pavilion.

The best way to try to beat Kentucky is by making jump shots because it’s always hard to get shots over the size and length of the Wildcats inside and virtually impossible to rebound any misses. It stands to reason Kentucky will be able to neutralize Ole Miss’ biggest threat in senior big man Sebastian Saiz, making it imperative that Deandre Burnett, Terence Davis, Rasheed Brooks and Cullen Neal play their best game of the season to this point.

If that happens, maybe Ole Miss adds one of the nation’s best wins to its postseason resume. Should Kentucky win as expected, the Rebels will have to quickly move on to the rest of a daunting start to the league schedule.

A pair of road tests against Florida (No. 5 RPI) and Auburn (59) await the Rebels the following week. Ole Miss will then return home to take on Georgia (42) before hitting the road again to No. 22 South Carolina (38). Ole Miss will get two cracks at South Carolina and Auburn with other top-100 RPI conference games as of now coming at home against Texas A&M and LSU and at Arkansas and Vanderbilt.

Oh, and there’s still the biggest shot of them all Jan. 28 when Baylor visits The Pavilion as part of the SEC-Big 12 Challenge. The Bears, ranked fourth nationally, sit at No. 2 in the RPI having already beaten Oregon, Michigan State, Louisville and Xavier as part of their 12-0 start.

The NCAA Tournament is still more than two months away. Records will change and RPIs will fluctuate as teams either verify their candidacy for an at-large bid or fade in their leagues, but the numbers are good indicators of how the people who will be making those selections come March view these teams to this point.

The SEC is trying to get more than five teams dancing for the first time since 2008. If Ole Miss wants to help in that regard, the Rebels have to take advantage of their opportunities starting now.