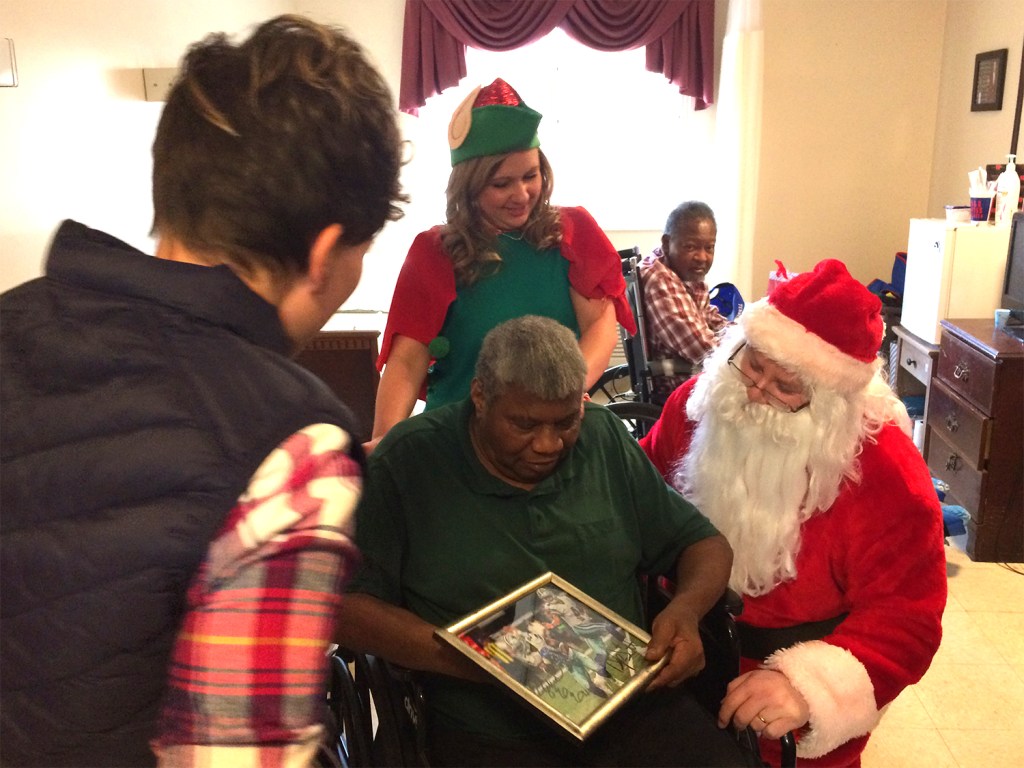 Santa was spotted delivering gifts and bringing Christmas spirit to the residents of Oxford Health and Rehab.

For the fifth year in a row, the facility took part in its annual tradition of giving to the residents who in turn were grateful for their presents. On Monday morning, between 7:30 a.m. and noon, every resident got four or five gifts from sponsors who adopted them for the holiday.

But it wasn’t always that way.

Activities Director Karen VanWinkle says that a few years ago only half of the residents got Christmas presents. And those who did, got general, non-specific gifts.

“The people who adopted them didn’t know much about them,” VanWinkle said. “So the third year that this was done, starting in August, Allie Chotard (the former Activities Director) had people adopt a resident, come and get to know them and ask them in casual conversation, ‘if you could have anything you wanted for Christmas, what would it be?’”

“This year, we had over 160 people adopt our residents,” VanWinkle added. “We actually have more people adopting residents than we have residents.”

Every gift was hand delivered by Santa (Brewer Stark) himself with the help of his “elves”. It’s a long process, but the joyful looks on the residents’ faces showed that it was all worth it.

“It is just phenomenal to see these residents, who really don’t ask for much, get a lot,” VanWinkle said. “They’re the type of residents who say, ‘I don’t have anything to give you.’ They’re so touched. You can’t help but get emotional when you see them on Christmas.”

A large portion of the families who adopted the residents for the holiday were also present for the gift openings.

“We love these residents and we want them to be happy here,” VanWinkle said. “And so many of them have so little, and when they get so much, they’re just so grateful and thankful. You can see it on their faces. Today is Christmas at our facility.”