How Ole Miss finished in the national statistical rankings 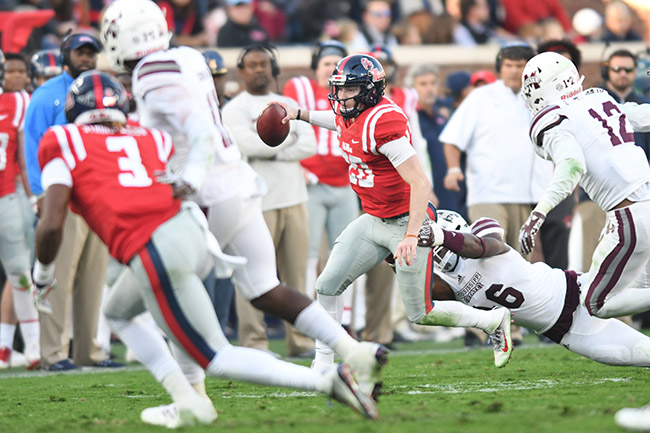 The college football season ended Monday with Clemson’s 35-31 comeback win over Alabama for its first national championship since 1981.

It’s one Ole Miss would just assume forget after missing out on the postseason for the first time in Hugh Freeze’s tenure after going 5-7 with five losses in its last six Southeastern Conference games, including setbacks to Vanderbilt and Mississippi State by a combined 56 points to end the season.

Most of the numbers weren’t good for the Rebels, particularly on defense. But now that the bowls are over, exactly where did Ole Miss finish in the major statistical categories out of 128 FBS teams?

The performance on both sides of the ball has resulted in Freeze making significant changes to his coaching staff. Wesley McGriff (defense) and Phil Longo (offense) are the new coordinators while Ole Miss has also hired two new position coaches. Freeze is also looking for a receivers coach with Matt Lubick leaving to be Baylor’s offensive coordinator after just 10 days on the job.