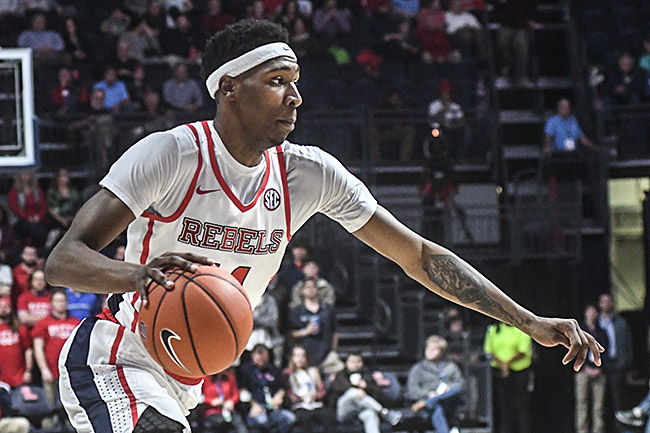 Ole Miss senior guard Rasheed Brooks is in stable condition after suffering a seizure during the Rebels’ 80-69 win over Tennessee on Tuesday at The Pavilion.

The arena went silent when Brooks collapsed to the floor shortly after the team broke from a huddle during a timeout with 17:21 left in the second half. He was quickly tended to by medical personnel and eventually wheeled off on a stretcher as coaches and teammates looked on, some of them huddling in prayer.

“I was literally just talking to him. I turn my back, and I thought he was cramping,” Ole Miss coach Andy Kennedy said. “It was almost like he had a back cramp, so he kind of started contorting. Then when he rolled over, we could see he was in a full-blown seizure. It scared us to death.”

Brooks was taken to Baptist Memorial Hospital in Oxford, according to an Ole Miss spokesman. Kennedy said after the game Brooks was conscious and undergoing further tests but “doesn’t remember anything that transpired.”

Brooks, who got his first start since Nov. 30, had three rebounds in 15 minutes. Ole Miss also played without leading scorer Deandre Burnett, who missed his second straight game with a high ankle sprain, and finished the game with seven scholarship players.

Still, Ole Miss rallied from a 13-point deficit in the second half for its first win in nine days, only after players realized there was still a basketball game to play after what Kennedy described as “a pretty dramatic event.”

“When he was talking, he started shaking and dropped to the ground,” forward Sebastian Saiz said. “We didn’t know what was going on. He wasn’t responding. He was shaking then couldn’t move. I saw my guys, they started getting spread out (on the bench) and started crying over there. We all got scared for his life.”

Brooks’ teammates visited him in the hospital after the game.

Rasheed Brooks was taken to Baptist Memorial Hospital after suffering a seizure. He is in stable condition and undergoing further testing.