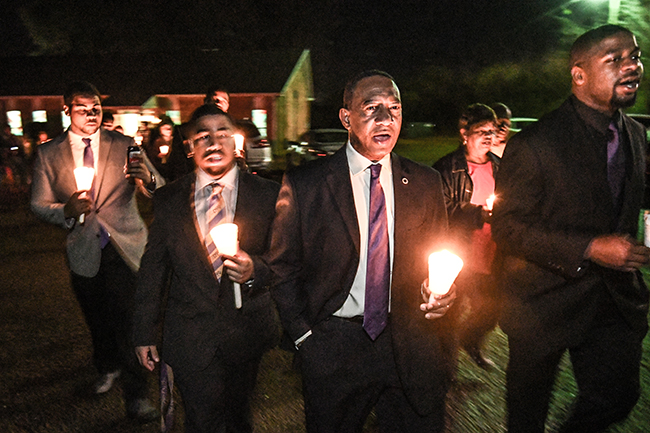 Ross’ words reflected on King’s legacy, where we’ve come as a country and where we’re heading.

“(King) is a person who fundamentally changed our society,” Ross said. “When I think of words to describe him, I think of courage, sacrifice and leadership. One thing that seems to be forgotten about him is that he was young. He was only 26 years old when he got involved with the bus boycott. What were you doing when you were 26?”

He said after the election of Obama in 2008, many Americans thought we were living in a “post-racial society.”

“Of course, some of the challenges we see in this ‘post-racial society’ is that there are these blips that contradict this notion,” Ross said. “We’re trying to get to this point where you’re judged only on the content of your character. And we’re struggling with it as a society.”

“Desegregation is only a partial but necessary step forward,” King wrote. “The final goal which we seek to realize general intergroup and interpersonal living. Desegregation will break down the legal barriers and bring men together physically, but something must touch the hearts and souls of men so that they will come together spiritually because it is natural and right.”

In closing his speech, Ross looked to the future and America’s current youth.

“In essence, young people have to do the right thing; that’s all it is,” he said. “You have to treat each other the way you want to be treated. I hope that as we move forward and begin a new era in this country that that will happen. Young people have the responsibility to make our society better.”

Remembering both sides of MLK