John Kohne recognized as Pantry Volunteer of the Year 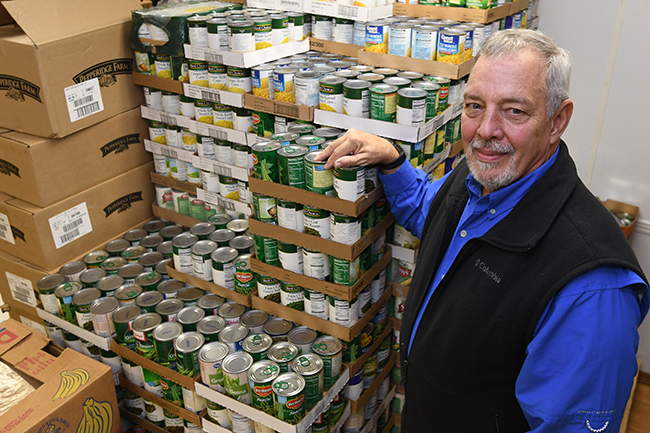 Bruce Newman John Kohne was chosen The Pantry Volunteer of the Year on Monday. The retiree has been volunteering at the agency for about three years and orders the bulk of supplies.

The Pantry, a service that provides food for needy families in the Lafayette County, thrives on those who volunteer for the organization. And on Monday afternoon, it announced its Volunteer of the Year as John Kohne, The Pantry’s Director of Food Distribution.

Kohne says he was surprised at the award.

“This is unexpected,” he said. “I’m here for help, not for praise. I’ve only been doing this for about three years. I’m retired, so this is a 12 month job. I’m a volunteer, but it’s on a full-time basis, trying to reorganize and do some work. But there are people who have been doing it for many years.”

Kohne has been living in Oxford since 2010 and began working at The Pantry after retiring from Federal Express in 2013.

“When I retired, I had to find something to keep myself busy and allow myself to stay active and involved,” he said. “So I started looking for nonprofits and something that I could get my hands into. Through my church (St. John’s The Evangelist Catholic Church), I found myself vested in here in early 2013, and rather than just do the one month involvement, I stayed on and kept doing it.”

In his time at The Pantry, Kohne says he’s noticed the amount of people who the organization serves rise in number.

“The greatest thing about working with The Pantry is that it allows me to associate with so many people in Oxford,” Kohne, who orders the bulk of supplies at The Pantry, added. “There are 14 different churches that are all involved over the course of the year. Therefore, I’ve gotten to expand the people I know through those I volunteer and work with each month.”