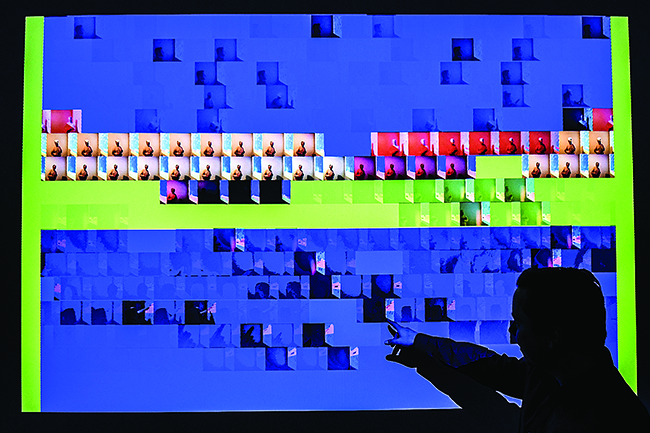 Upon artist Valerie Polgar’s arrival in Oxford a year and a half ago, she noticed a gap in the town’s art scene. She went to work filling that hole by opening Misbits, a new media art space located in The Edison on University Avenue.

As the space’s director, Polgar has been working on Misbits since last August.

“Finding the space was lucky,” Polgar said. “I came to Phil Baquie at The Edison with my idea, not really knowing if he would go for it, but he’s been incredibly supportive about the whole thing.” 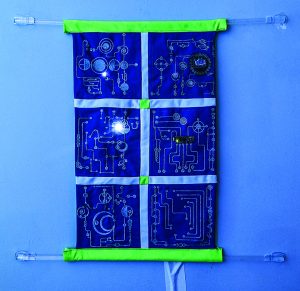 Misbits art exhibit, on display at The Edison, in Oxford, Miss. on Thursday, January 26, 2017.

“Motherboard” consists of two pieces that interact with each other directly. On one wall, a quilt, assembled with fabric and electrically conducive wires, feeds into a computer, which projects recurring frames of whatever is front of the quilt on an adjacent wall in the space, creating a virtual quilt in the process.

“The piece addresses this idea of production and archiving memory,” Ramos said. “As I was making the piece I was thinking a lot about the differences between the technology industry which is kind of removed from common people. We wait for apps to be developed and update our phones, we’re passive consumers of technology versus traditional crafting like quilting where we’re making things in the home.”

Visitors to the exhibition can interact with sensors on the quilt, altering the images being projected in terms of speed, color and opacity.

“Quilting became a metaphor for me,” Ramos added. “People used to make their own clothes and their own quilts. Reconciling those two different kinds of production was something that I was thinking about. Quilts are like a visual archive of memory.”

“Motherboard” will be on display until Feb. 21.

With Misbits, Polgar will also use the space to teach classes including ones on digital animation and intertwining electronics with art.

A full schedule of what will take place at Misbits in terms of exhibitions and classes can be found at misbitsnma.com.