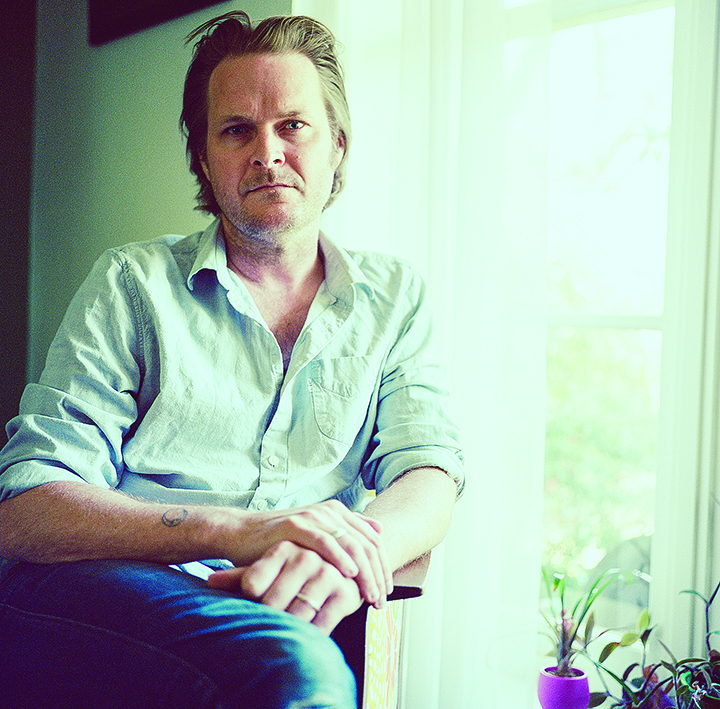 MC Taylor, aka Hiss Golden Messenger, will perform Monday night at 9 at Proud Larry’s. Tickets range from $13 to $15.

Though he was born and raised in California, the music of MC Taylor (aka Hiss Golden Messenger) sounds distinctly Southern.

After getting his start playing guitar in a hardcore punk band, Taylor moved to Durham, North Carolina 10 years ago in pursuit of changing up his music.

“I’ve always been interested in music that’s rooted in the South,” he says. “I had this feeling that I was not really going to understand it truly unless I lived there. I think I’ve come to a more nuanced understanding of my version of the South. I moved there, and it became a whole different journey.”

After his move to North Carolina, Taylor’s life changed dramatically. He became a father and became a homeowner for the first time. And, as he planned, his music direction was altered, too.

As Hiss Golden Messenger, Taylor has put out seven albums and toured relentlessly behind them. His latest album, “Heart Like A Levee,” was released on Merge Records, his second effort for the label. After years of putting out music independently, Taylor says that he’s enjoyed working with the company.

“They’re a label that I’ve been buying records from for forever, since I was a kid, really,” Taylor said. “That was exciting for me. Also, they’re local; it makes things a lot easier.”

Though “Heart Like A Levee” is influenced by southern rock (the opening track is called “Biloxi”), the recording process for the album began in a hotel room in Washington D.C.

“We were on tour at that time and there was a huge snowstorm that sort of shut down the east coast,” Taylor recalls. “So, we had a show get canceled, and we were in a hotel waiting to see if we could go on to the next show. I just started writing the record there. I started to conceptualize some of the themes there. I’m always writing.”

Since he spends a good deal of time on the road, Taylor says the songs evolve nightly to keep things fresh for the band.

“When you put the songs on stage, they become something different,” he said. “Things happen with this music live that we didn’t anticipate would happen. It’s always nice to see a song grow. We might change arrangements slightly or stretch out different parts. Songs change when they’re put in front of a room full of people reacting to it.”

As for that mysterious band name, Taylor says it just “came into (his) head.”

“The band name came more than 10 years ago,” he added. “On one hand, it seems like a random trio of words, but in my head, it touches on the themes that appear in the music. As goofy as the name seems sometimes, it works for the music for some reason.”

Hiss Golden Messenger will be playing at Proud Larry’s on Monday at 9 p.m. Tickets range from $13 to $15.