Log truck takes down traffic signal on Highway 7 in Oxford 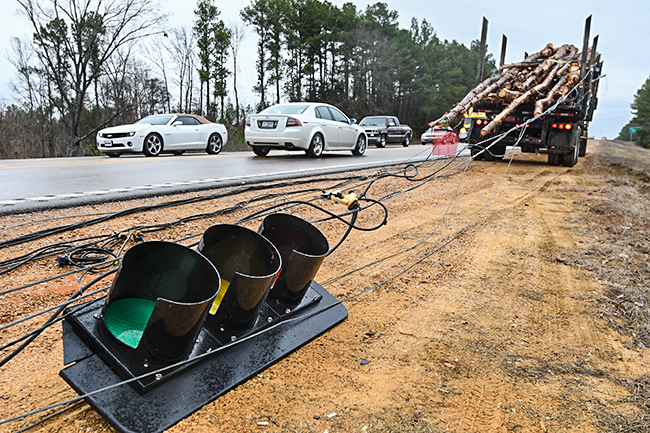 A fully loaded log truck northbound on Highway 7 made contact with traffic signals at the intersection of Belk Boulevard around noon Thursday, snapping all four traffic poles.

The driver of the log truck and no other drivers were injured as a result of the accident.

An Oxford Electric Department meter reader was merging onto Highway 7 South from Belk Boulevard at the time of the incident when one of the traffic poles in the southwest corner of the intersection was snapped off and fell directly on the front half of the OED pickup.

The driver was not injured, according to OED Superintendent Rob Neely.

“He was fortunate not to have been injured by the incidents, as his truck sustained major damage,” Neely said this morning.

A new traffic light was installed by the Mississippi Department of Transportation Thursday evening and was operational last night.

Neely said no power outages occurred due to the incident.