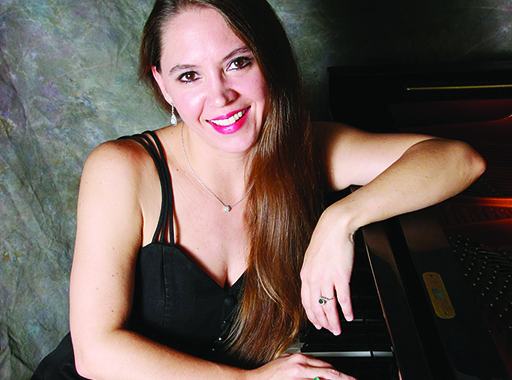 Greenville native Eden Brent will perform her blues music at the Panola Playhouse on Friday night.

Greenville native and three time Blues Music Award winner Eden Brent will be returning to her home state on Friday night for a concert at the Panola Playhouse in downtown Sardis. Her show will be the first in a concert series that the theater will be hosting this year.

Rogers Smith, the executive director of the Playhouse, says that the idea for the Mississippi artists’ concert series came about as a way to celebrate the state’s bicentennial.

A classically trained pianist, Brent learned the blues from her mentor Abie “Boogaloo” Ames. Their relationship was featured in a 1999 PBS documentary called “Boogaloo and Eden: Sustaining the Sound.”

Brent has been playing the piano since she was three years old. She first learned from her grandmother and continued piano lessons through her college graduation. Brent has recorded four full-length albums, the most recent of which, “Jigsaw Heart”, was released in 2014.

The concert will begin at 7 p.m. on Friday. Tickets are $25 in advance and on sale at panolaplayhouse.com.