Oxford High School does their version of ‘Twelve Angry Men’ 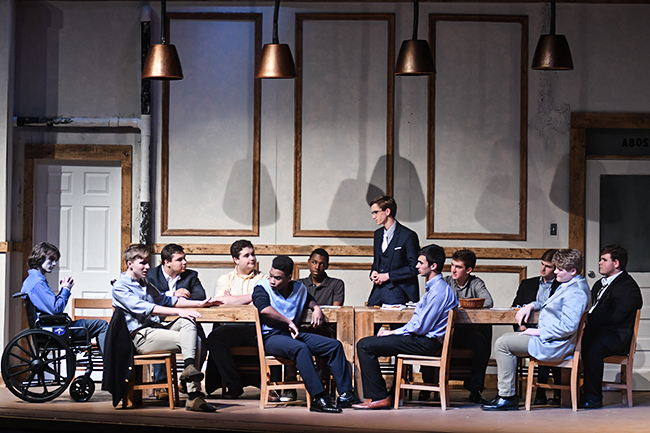 Oxford High School theater director John Davenport is no stranger to the play “Twelve Angry Men,” which opens at the school later this week. In fact, this will be his fourth time during the classic courtroom drama by Reginald Rose about jurors trying to reach a verdict for a homicide trial.

Davenport says the play, originally written in 1954, remains just as potent in 2017.

“I think the show is very relevant in today’s social and political climate,” Davenport said. “Since the story concerns normal, everyday individuals who have different life paths, thoughts and views. Within the pressure of being forced to make such an important decision, naturally their own prejudices come out causing quite a commotion and ultimately gaining the reason for its title.”

With this production, Davenport wanted to contemporize the 63-year-old script. 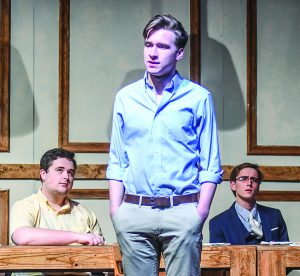 “It seems the most difficult aspect in making the piece contemporary is the fact that all jurors are male,” the director said. “However, we are focusing on the idea that the men are young, inexperienced and potentially uninformed at how the justice system functions. Our title actually should be, ‘Twelve Angry Young Men’ with the concept on which we are basing the show.”

While modernizing the script has been somewhat of a challenge for the cast, Davenport says he and the cast have still had a good time working on it.

“It has been fun diving into these aspects of the story in adapting it to a modern audience and, more importantly, making it relevant to the students in the show and in the audience,” he said.

“Twelve Angry Men” will be running Thursday-Saturday in the Kayla Mize Auditorium at Oxford Middle School at 7:30 p.m.  Student tickets are $5 and all other tickets are $10.