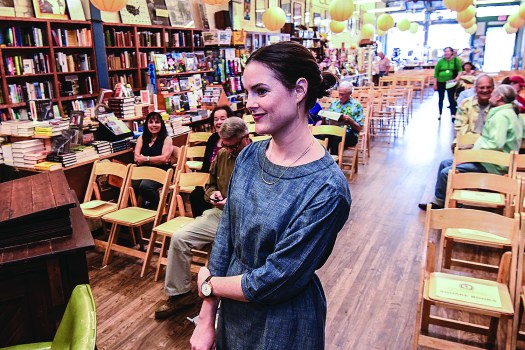 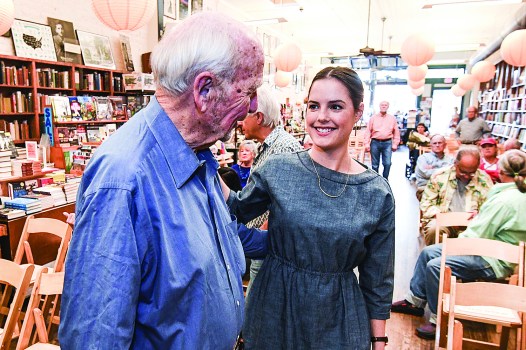 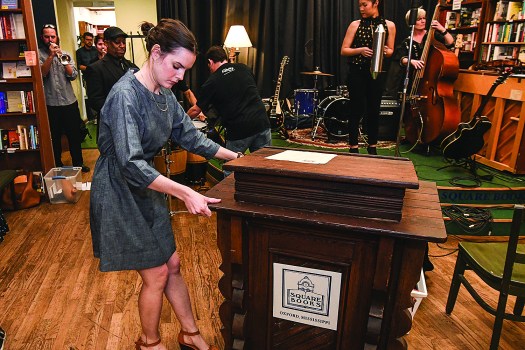 Thacker Mountain Radio producer Kate Teague helps set up for the show at Off Square Books in Oxford, Miss. on Thursday, February 23, 2017. 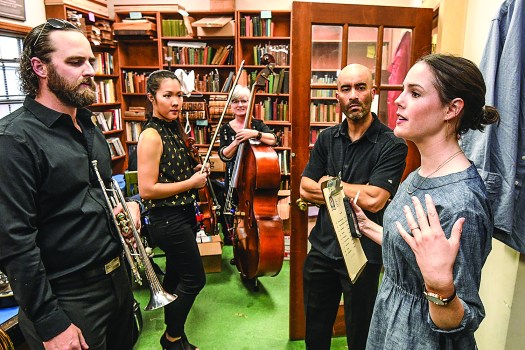 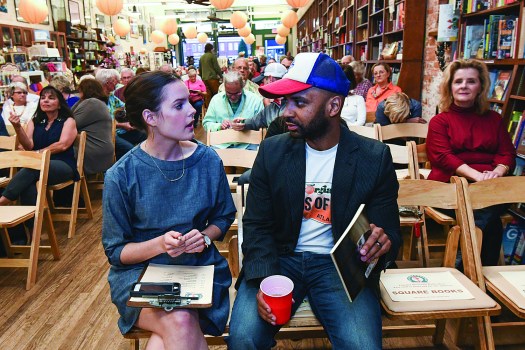 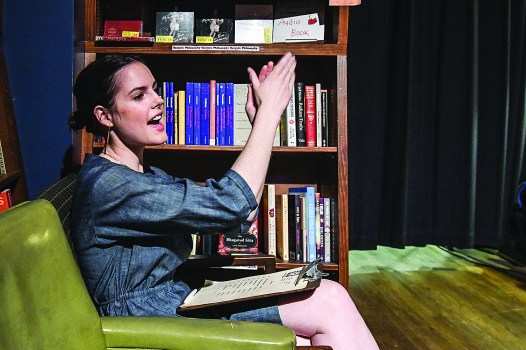 Thacker Mountain Radio at Off Square Books in Oxford, Miss. on Thursday, February 23, 2017.

There’s a lot of work that goes into the Thacker Mountain Radio Hour before it hits the airwaves each Thursday evening from Off Square Books. No one knows this better than Kate Teague, the show’s new executive director and producer.

After joining the program in fall 2014 during her senior year at Ole Miss, Teague says that she immediately hit it off with her predecessor at Thacker Mountain, Kathryn York. Teague was involved with a local band in Oxford and waited tables after graduation. One day last summer she received a call from York who asked her if she could come to the Square as soon as possible.

“So I came to the Square and she said she was leaving and asked if I could take over Thacker,” Teague remembers. “And I said, ‘yes, of course.’”

After a six month stint as interim director, Teague came on full-time as the radio show’s executive director.

Teague has always been in love with music, but remembers falling for Thacker Mountain Radio immediately the first time she saw it as a junior.

“Realizing that it was here in our community — my whole world shook, it was amazing,” Teague said.

As the producer and director, Teague is tasked with assembling 12 shows per season (fall and spring) along with approximately seven remote shows per year.

So how exactly does she put these lineups together?

“Sometimes they’re references that someone has told me about,” Teague said. “I do a lot of collaborating with Scott Caradine of Proud Larry’s to see who he’s got coming around. I really take advantage of the Mississippi Artists Roster that has been made available by the Mississippi Arts Commission.”

Thacker Mountain prides itself on being a distinctly regional program.

“Our mission is to celebrate the diverse sounds of the evolving South,” Teague said. “We try and tie in our music and literature to anything that has a connection to the South. They could be on a southern record label, they could have southern influences, or they could be from the South.”

Thankfully, Teague is calm and collected when the going gets rough, a necessary trait for any producer and director. Last summer, when Thacker Mountain had a show at Rowan Oak, an author, who was scheduled to read on the show, got into a car accident. Though the writer was ultimately fine, Teague says it was nonetheless a trying situation.

“Those last minute changes can be stressful, but to be honest, I kind of thrive in those situations because it’s fun to think on your feet,” Teague said. “That’s what radio is all about, you’re live and you can’t go back.”

Though Thacker Mountain is rooted in tradition, Teague says that she’s always looking to move the show forward.

“I hope for Thacker to be nationally syndicated at some point,” she said. “We’re currently trying to become available in podcast form, so people can download our shows. We’re also trying to do remote shows outside of Mississippi. So hopefully it won’t just be something celebrated in Mississippi, but across the southeast.”