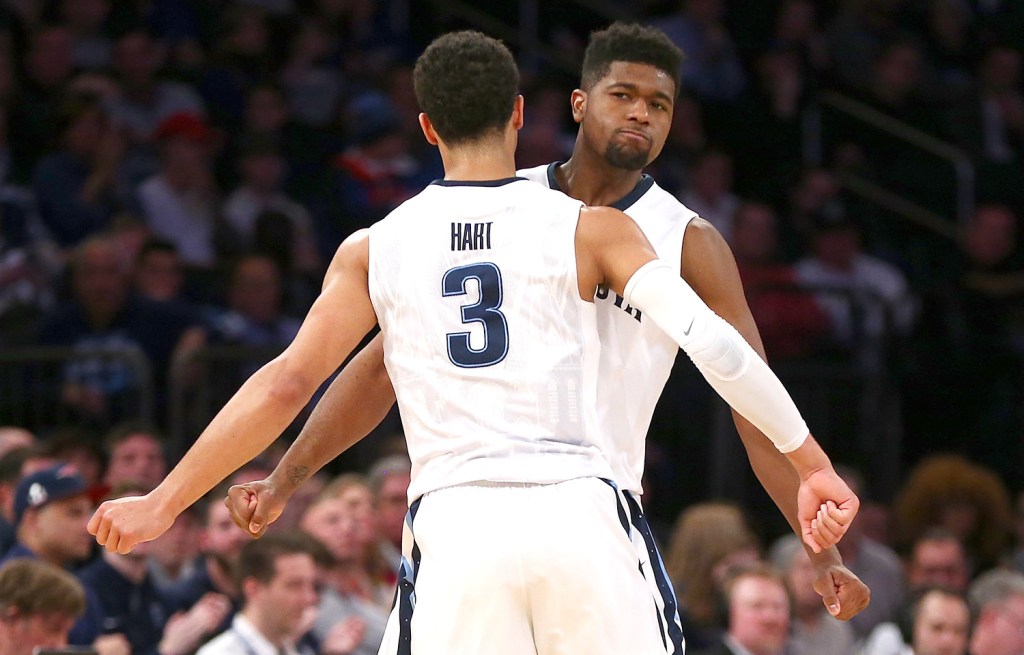 There weren’t many surprises with the announcements of the No. 1 seeds for this year’s NCAA Men’s Basketball Tournament.

Kansas won the Big 12 regular-season championship while North Carolina claimed the ACC title during the regular season. Gonzaga’s 32 wins are tops in the country.

Duke (27-8) beat the Tar Heels twice in the teams’ three meetings and won the ACC Tournament championship over the weekend to give itself a nation-best 13 top-50 RPI wins, creating some speculation that the Blue Devils could steal a 1 seed. But selection committee chairman Mark Hollis said the regular-season championship was one of the reasons UNC got the nod over Duke, which will be the 2 seed in the East.

“Winning your regular-season title but also having non-conference wins,” Hollis said during an interview on CBS after the full bracket was announced. “(Duke) didn’t have that when the seeds came out.”

The last four teams into the field were Kansas State, Wake Forest, Providence and Rhode Island, all of whom will take part in the First Four to start the tournament Tuesday and Wednesday in Dayton, Ohio.

Kentucky, which will take a 11-game winning streak into the tournament, also got a 2 seed after winning its third straight Southeastern Conference Tournament championship Sunday. The Wildcats are in the South with UNC and are joined by No. 3 seed UCLA in perhaps the tournament’s toughest region.

The SEC got five teams into the field with Vanderbilt making tournament history as the first 15-loss team to ever receive an at-large bid. The Commodores were solidly in the field as the 9 seed in the West, offsetting the high number of losses with 11 top-100 wins and six against the top 50.

Vanderbilt has won seven of its last nine games, including one over South Carolina and a pair over Florida. The Commodores swept Florida in three games this season.

“It’s been a spectacular run by our guys the last couple weeks,” Vanderbilt coach Bryce Drew said after the Commodores’ SEC semifinal loss to Arkansas on Saturday. “Been a lot of emotional games all packed into the last few weeks.”

Florida (4 seed) and South Carolina (7) are both in the East Region while Arkansas is the 8 seed in the South.