Legislators prepare to wield the ax 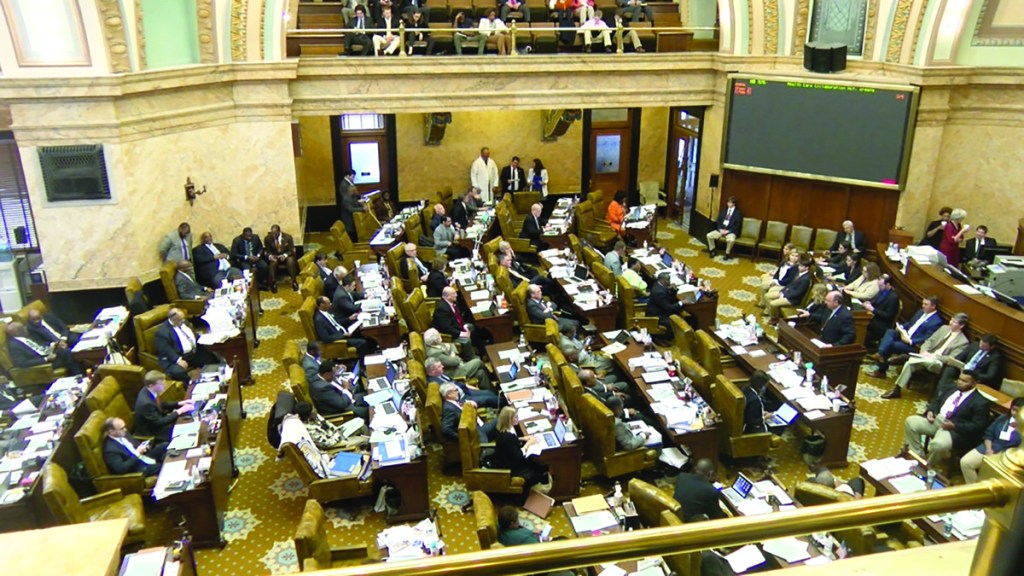 Mississippi legislators continue to work in the House of Representatives on Monday. Legislators in both the Senate and House are working on next year’s state budget.

By Adam Ganucheau and Kayleigh Skinner

Senate and House leaders on Monday continued to craft next year’s state budget, which is expected to cut money from most agencies.

Appropriations bills have become the main focus for lawmakers with the regular legislative session scheduled to end in three weeks.

In large part, lawmakers have stuck to their Legislative Budget Recommendation, a $6.1 billion proposal released in December that called for $151 million in cuts, relative to last year’s budget, affecting most state agencies as state tax revenues continue to dwindle.

Decisions made by lawmakers this month will decide how much each agency has to spend next fiscal year, which begins July 1.

“We’re dealing with a finite pie of funds this year,” said Sen. Buck Clarke, R-Hollandale, Senate Appropriations chairman. “We’ve got to cut almost across the board. It’s just how it is this year.”

This week’s work is procedural and preliminary, as additional committee meetings to hammer out final details of the budget will occur next weekend.

All appropriations bills voted on this week will move to conference committee, or a small collection of leaders from both houses. Those leaders, who will meet behind closed doors next weekend, must agree on all the bills before the Legislature can ultimately vote to move the final budget to the governor’s desk for signature.

Additionally, the Revenue Estimating Group, which projects how much tax revenue the state will have to spend in its budget for next fiscal year, is expected to release a new revenue projection within the next two weeks. That action will certainly alter the final dollar amount that lawmakers use to craft appropriations.

Before the House voted on a number of appropriations bills that dealt with special funds, Read told his colleagues that “… all of these bills have a salary cap. They have a reverse repealer, which means they’re going to conference.”

Read said the Department of Finance and Administration, Workman’s Compensation Commission Second Injury Fund, Veteran’s Affairs Board and a few other agencies would receive special funds as a result of the 2016 sweeps law.