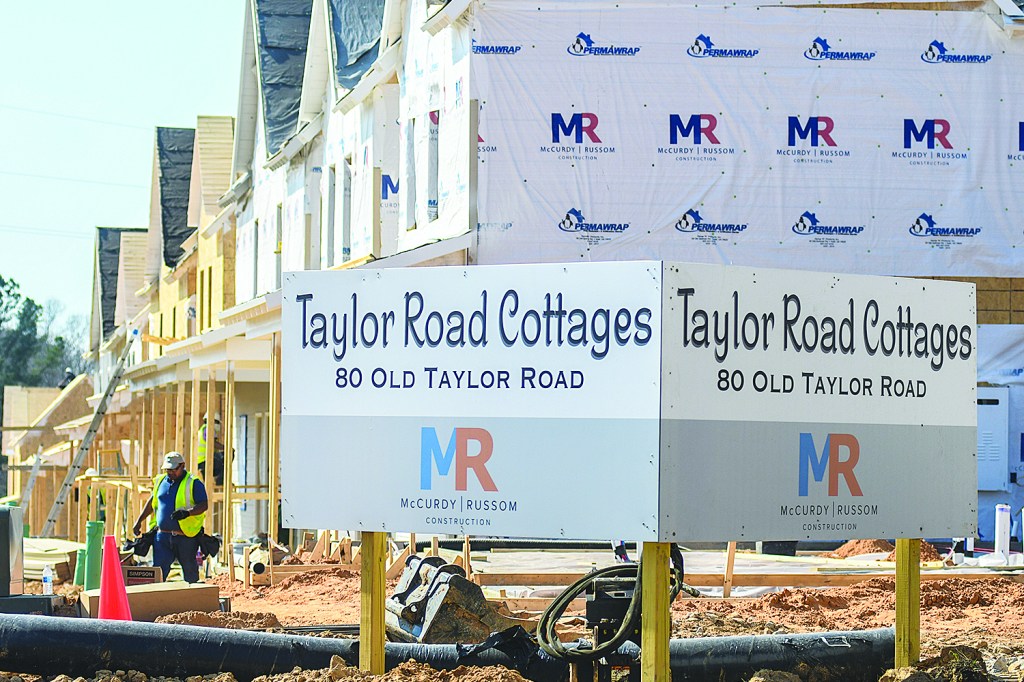 Construction is underway on the Taylor Road Cottages, in Oxford, Miss. on Thursday, March 23, 2017.

Soon the sophomore Phi Mu sorority sisters at the Ole Miss campus will have an entire apartment complex to call home.

The Taylor Road Cottages on North Taylor Road, will be completed by late summer, with the girls set to move in on Aug. 10. The house on campus will still be in use for the sorority’s juniors.

Laura Jones, the Treasurer on the Phi Mu House Corporation Board and an alum of the sorority, says the idea for the complex came about when the girls got word that sophomores were no longer going to be allowed to live on campus.

“When they were told that they were going to have to move off campus, a lot of the other sororities immediately jumped on the bandwagon and found group rates at already existing places in Oxford,” Jones said. “Phi Mu had never done this. This is one of the things that I think really affects retention and helps the girls stay together, especially when they come in and halfway through your first semester, you have to find somewhere to live.”

Luckily, the sorority was approached by JW McCurdy with MR Construction who offered up a piece of land he had for them to build on. Phi Mu will not be the owners of the Cottages, but rather it will be the property of Taylor Road Cottages, LLC.

In return for the property, the sorority agreed to a deal that will see them fill the complex for the next five years.

All of the apartments will have three bedrooms (with walk-in closets) and three-and-a-half bathrooms in a condo-townhouse style. The Cottages will also have a pool, workout area and study room for its occupants.

“As opposed to putting a bunch of things in there that they don’t need, it was nice to be able to pick out a few things like that and we’ve had a great relationship working with the builder as well,” Jones said.

Jones added that one of the many positives aspects of the new complex is that all of the girls will know their neighbors.

“We feel that it’s very safe and we’re able to pay very competitive rent,” Jones said. “It’s in no way mandatory. All of the older girls are jealous that they didn’t have this opportunity. With the number of the girls in the pledge class continuing to increase, it’s something that as the House Corporation we thought was important to help out the upcoming sophomores. We thought that this was a great way to do it.”