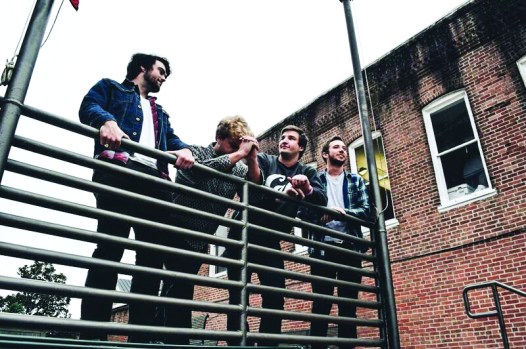 Ebenezer Goodman is a fast-rising quartet in the Oxford and Ole Miss music scene. They will perform tonight at The Small Hall on Van Buren Avenue. 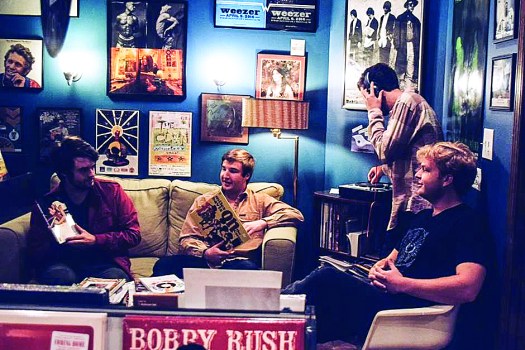 Ebenezer Goodman is a fast-rising quartet in the Oxford and Ole Miss music scene.

John Brahan was in a bind. When the Ole Miss student was on the executive board for Rebelthon, an annual dance marathon for charity, they tasked him with putting together the entertainment for a bar fundraiser night that would last three hours. He told them that his band would perform. The only problem? He wasn’t in a band.

That soon changed when Brahan, a drummer, linked up with his bass-playing Sigma Chi fraternity brother, Avery Goodman. Fortunately for Brahan, Goodman had been playing music with other Ole Miss students and guitarists: Andy Shine, a longtime friend of Goodman’s from back home in Meridian, and Birmingham native Caleb Carroll.

What started on a whim, became the groundwork for the southern rock band Ebenezer Goodman. They’re a fast-rising quartet in the Oxford and Ole Miss music scene and now, they have a self-titled debut album to show for all their hard work over the past two-and-a-half years.

The band name derives from a road sign on I-55 for the Holmes County towns Ebenezer and Goodman. The fact that they have a member with the last name Goodman only added to its appeal. Carroll also said that the name evoked a “small town Mississippi feel.”

Their musical inspirations run the gamut, and that’s far from an understatement.

“John especially loves pop music like Taylor Swift,” Carroll said, alongside his bandmates at a table outside the Ole Miss library. “Avery sticks to a lot of classic rock. (The band) is really stylistically classic rock based, but then Andy and I will listen to a lot more alternative and grungy stuff from the ‘90s to now. That’s where you probably get the grit.”

And gritty is perhaps the best way to describe most of the tracks from the band. Their nine track debut is filled with riff-heavy guitars, a rollicking rhythm section and commanding vocals from Carroll and Shine.

The album was recorded in nearby Water Valley at Dial Back Studios earlier this year during what Shine said was an ideal process.

“You walk into that studio and all these old famous bluesmen are on the walls,” he added. “It was probably one of the coolest places I’ve been in. Everybody was happy the whole time.”

Brahan credits the studio’s sound engineer, Bronson Tew, with guiding the band through the process and for helping them discover their sound on record.

“He had a lot to do with that muddy, dirty sound,” the drummer said. “He likes that ‘Mississippi Mud’, I believe is the phrase he used at one point.”

Underneath that “Mud,” the band is also deft at finding hooks in their choruses, balancing out some of the heaviness with clear melodies and harmonies.

The recording process took three weeks and while some of the songs were written just a few weeks prior to the sessions, some had been penned years prior.

“The song ‘Don’t Get Me Wrong’ goes back to me and Andy playing in high school,” Goodman said. “So some of them (were written) longer than four or five years ago.”

Brahan remembers finding his stride behind the drum set with Goodman on bass a couple of weeks before entering the studio.

“The bass and drums on the verses were only in sync a couple of times until a few days before the studio,” Brahan said. “We had been playing it so long, but these songs were experiencing a lot of development and evolving even from the moment we stepped in the door. And the ones we’ve been playing for a year, took a different turn than we expected.”

Balancing school and the band can be difficult as the former hinders the group from doing extensive touring. Over Christmas Break, they played four shows in three days on a jaunt through Mississippi and Alabama.

“It’s all opportunistic,” Carroll says. “When we have a break, we’ll try and knock out a few shows. We’re trying to line up as much as we can. Our plans as students are all kind of up in the air. Once those fall into place, we can make real moves. But we want to play as much as we can.”

The band all agreed that they’re “weekend warriors.”

In spite of relegating shows mainly to Fridays and Saturdays, at Ole Miss and in Oxford, Ebenezer Goodman has been gaining a steady fan base through Facebook, Instagram and the old-fashioned way: word of mouth.

“Probably one of the greatest feelings was at one of our recent shows seeing people in the crowd singing along,” Carroll said. “That’s something that, if you asked me two years ago, I never thought would happen.”

Goodman recalls a rainy show in an open field party where people stayed regardless of the weather and again, knew some of the lyrics.

“When we played, it was pouring rain,” Goodman said. “Still, all these people were getting down to the music and singing along with us.”

With Carroll and Shine both graduating this year, the future of the band might seem uncertain, but you wouldn’t know that from talking to these guys. While Carroll is currently waitlisted for two medical schools, Shine plans to move to Jackson. Carroll said that if he remains in Oxford, “(Jackson is) still a short enough distance for us to go for it and we’ll just keep doing the same thing and try to grow.”