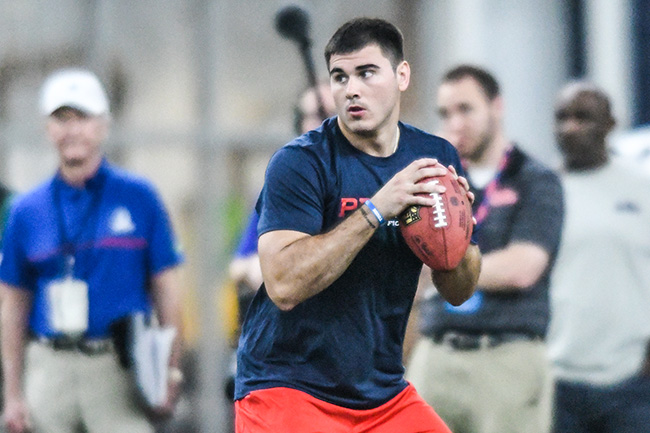 Kelly was scheduled to throw again for NFL scouts at Ole Miss on April 22.

His pro day workout on April 3 was cut short after he reaggravated what he said was a sprain he suffered the previous week while training. The handful of passes he threw on pro day turned out to be the only chance Kelly got in front of NFL scouts and personnel before the NFL Draft, which begins April 27 in Philadelphia.

Kelly, who accounted for 7,632 total yards and 65 touchdowns during his two-year career with the Rebels, wasn’t invited to the scouting combine in February. Also coming back from ACL surgery that cut his senior season short, Kelly is projected as a seventh-round pick by NFLDraftScout.com.

Ole Miss QB Chad Kelly had surgery Monday for an acute rupture of ligament between two bones in throwing wrist. No throwing for 3 months.