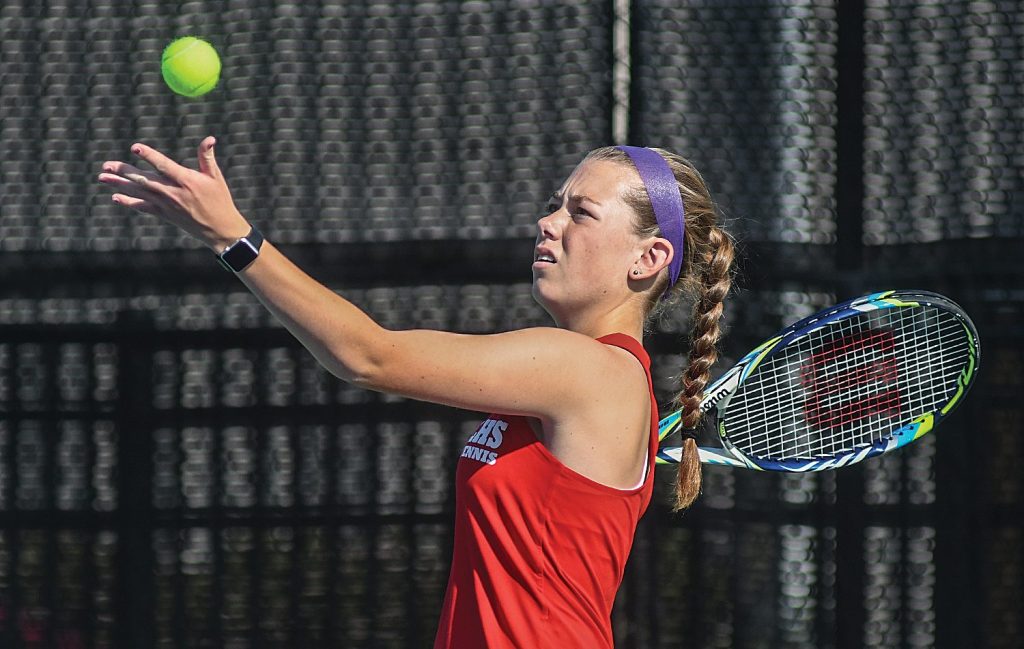 Lafayette’s strong season is translating into some strong results on the court individually. The Commodores competed in the Region 2-4A individual tournament on Thursday at OPC’s John Leslie Courts, qualifying in three brackets. Ally Bowen, Cameron Barranco and the mixed doubles team of Abby Arrington and Will Carter all punched their ticket into this year’s MHSAA Class 4A state individual playoffs later this month.

“This year really super cedes my expectations,” Lafayette head coach Debbie Swindoll said. “We’ve had some really good wins and I hope we’re peaking at the right time. It’s what your always hoping.”

Coming off a runner-up finish in last year’s state finals, Bowen cruised through Thursday’s girl’s singles bracket, winning the tournament. After earning a bye into the semifnals, Bowen defeated Ripley’s representative with a 6-0, 6-0 score. Bowen, a ninth-grader, only had to work a little harder in finals against New Alabany’s Maggie Scott, dropping only one game in each set for a 6-1, 6-1 victory to claim the 1 seed for the state tournament.

“(Bowen) took care of business,” Swindoll said. “She did what she should’ve done. …I think she has a really good chance to win (state)”

Barranco defeated Senatobia’s representative in the semifinals of the boy’s singles bracket but fell, 6-0, 6-0, to New Albany’s Grayson Godbold in the finals to claim the 2 seed for the state tournament.

Arrington and Carter will aslo be a 2 seed in the mixed doubles portion of the 4A state tournament after reaching the 2-4A finals but falling to New Albany’s team. They defeated Ripley in the semifinal round to reach the championship match.

Lafayette had two teams in the boy’s doubles bracket with Whitten Smith-Colby Knight and Dawson Welch-Foster Roush each making the semifinal rounds. Knight and Smith fell to a New Albany team in straight sets, but Welch and Roush gave another Bulldog team a fight, falling in three sets (6-4, 4-6, 3-6). In the girl’s doubles bracket, the Commodores also had two teams reach the semifinal round but both fell to two New Albany teams.

The team portion of the Class 4A state playoffs begin next week, with Lafayette traveling to Pontotoc on Tuesday afternoon.