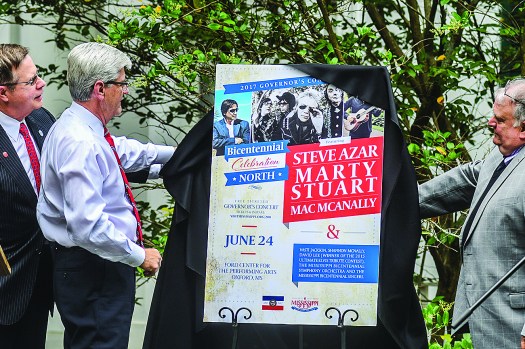 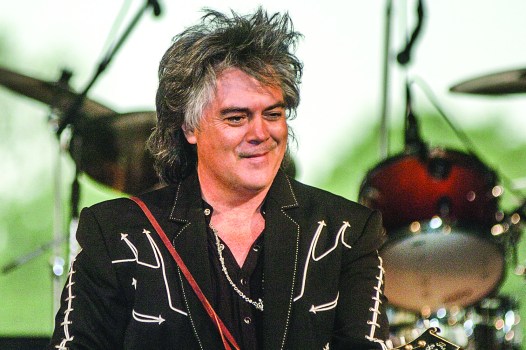 On Saturday, the Governor’s Concert in celebration of the bicentennial will be held at the Ford Center headlined by country and Americana artist Marty Stuart. 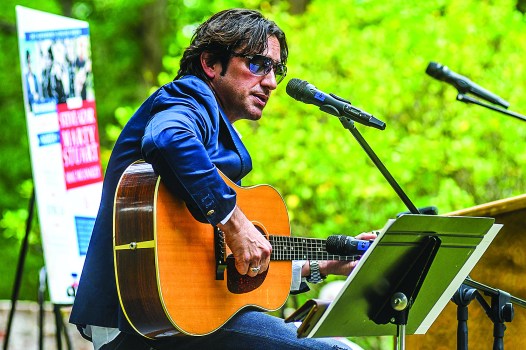 Steve Azar plays a song written for the Mississippi Bicentennial, at the Governor's Concert announcement, at Rowan Oak in Oxford, Miss. on Thursday, April 13, 2017.

The Mississippi bicentennial celebrations are making a stop in Oxford.

As part of the celebration, a Governor’s Concert will be held at the Ford Center on the Ole Miss campus on the 24th, headlined by country artist and Mississippi native, Marty Stuart.

A day before the concert, the weekend’s events will begin with a live taping of the Thacker Mountain Radio Hour in the Grove at 7 p.m. with fireworks to follow at Swayze Field.

Governor Bryant took the podium to share a few words about the upcoming weekend.

“I’m fairly certain that Billy Faulkner would be happy to know that we’re (announcing) a big party in Oxford,” Bryant said, referencing the author’s homestead which served as the backdrop for the press conference. “Our first export was music. We exported the blues, country and rock ‘n’ roll all over the world. We are the birthplace of America’s music.”

Vitter followed Bryant by saying that Ole Miss is “so pleased” to be a part of the bicentennial.

“It’s truly an honor for us to participate,” Vitter continued. “As the flagship and largest university in the state, we at Ole Miss are proud to have played an important role in our state’s history and many of our state’s great achievements. We can’t wait to welcome visitors to experience the 200 years of statehood here in our extraordinary community.”

The Governor’s Concert will be a free event with ticketed admission. Tickets can be reserved online at www.visitmississippi.org/200.