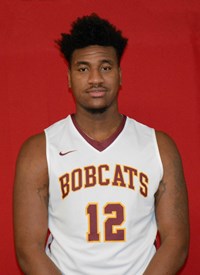 The 6-foot-8, 257-pound Stevens averaged 16.1 points and 11.6 rebounds for the Bobcats as a sophomore on his way to first-team NJCAA All-America honors. He shot 38 percent from 3-point range and 81.6 percent from the free-throw line.

JucoRecruiting.com ranks him as the No. 6 junior college prospect in the country.

“Bruce is a big, versatile power player whose skill set will allow him to add immediate versatility to our frontcourt next season,” Ole Miss coach Andy Kennedy said. “At 6-8, 250 pounds, he has great hands and feel for how to play the game the right way.”

Stevens’ signing means the Rebels have one more scholarship they can fill in the spring signing period after Donte Fitzpatrick-Dorsey asked for and was granted his release earlier this month. Stevens and fall signees Devontae Shuler, Jamarko Pickett and Parker Stewart make up Ole Miss’ 2016-17 recruiting class so far.

Some of the Rebels’ reported targets are Pittsburgh guard transfer Cameron Johnson and College of Central Florida wing Malik Dunbar.