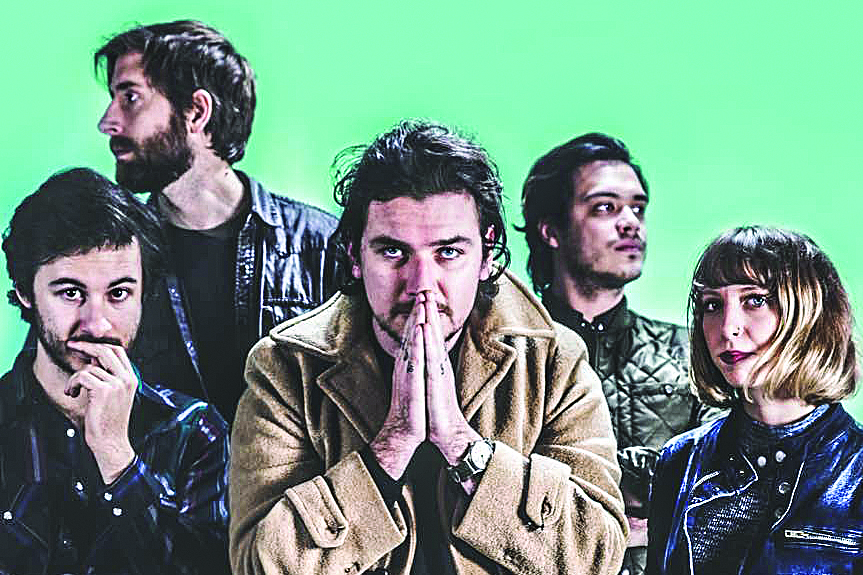 Susto is a five-piece alternative folk-country band based out of Charleston, South Carolina.

When I spoke with singer-songwriter Justin Osborne of the Charleston, South Carolina-based band Susto, they were preparing to close out perhaps the biggest tour of their career thus far. For the month of March, the five-piece alternative folk-country outfit opened for folk juggernauts The Lumineers across North America. At this particular juncture, Osborne was calling from Saskatchewan, Canada.

“It’s been really great (touring with The Lumineers),” said the band’s frontman Osborne. “The Lumineers have been really great to us, too. We were in Toronto and we got a call saying that we got chosen to go on tour with them. It came out of nowhere for us, but apparently, they had heard early bits of our new record.”

The “new record” that landed them that career-changing gig is “& I’m Fine Today” which was released this past January. The 11 song album stands as their second studio effort and is an ideal entry point for the band. Susto treads a variety of sonic grounds, from ruminating ballads to psyched-out guitar rockers.

The band will be making their Oxford debut at Proud Larry’s on Wednesday night.

“& I’m Fine Today” deals with a host of topics: from young love to hard drugs to being gay in the south. The latter is based on a real- life situation in which a close friend to Osborne came out to him.

“It’s a song for people who feel like they couldn’t get out of somewhere or feel misunderstood,” says Osborne of “Gay In The South”, the tune on the band’s new album.

Osborne has always been outspoken in his work, particularly about religion. The band released a song last year called “Chillin’ On The Beach With My Best Friend Jesus Christ” and their first album featured the song “Black Jesus.” But Osborne isn’t sold on the concept of religion.

“I’m not religious,” Osborne said. “I’m not against religion or anything, but I don’t feel compelled to worship. I have a rough idea of how we got here and that’s all I need. I just don’t care for religion.”

As for the future, Susto plans to continue touring on their new album with dates in Australia and Europe.

“We have stuff that we’re starting to put together for another record,” Osborne said. “We’ll try to follow that up within the next two to three years.”

Susto will be playing at Proud Larry’s on April 19 and the show starts at 9 p.m. Tickets range from $8 to $10 and can be purchased online in advance at proudlarrys.com.