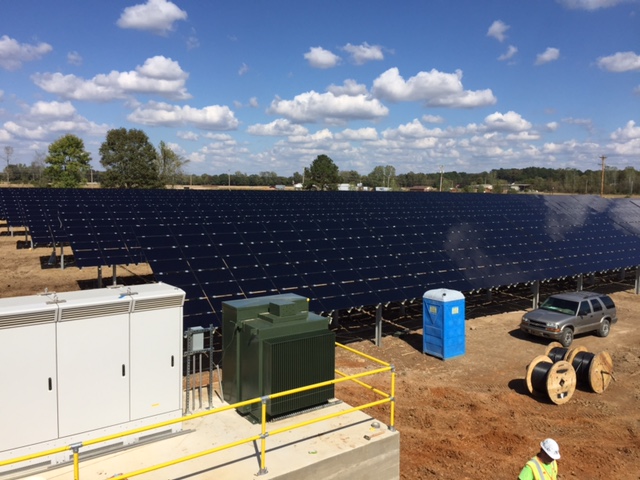 With Earth Day coming up this Saturday, the environment is probably on a lot of people’s minds. That includes major companies, too.

The North East Mississippi Electric Power Association has partnered with the Tennesse Valley Authority and Silicon Ranch to bring a solar-powered farm to New Albany.

“Silicon Ranch will provide solar generated power to TVA through NEMEPA’s power lines,” said NEMEPA CEO Keith Hayward. “Utility grade solar, like these farms provide, can be installed at the fraction of a cost of the rooftop system and benefit all members, not just one.”

The project came about as a part of TVA’s Solar Solutions Initiative to promote cost-competitive renewable energy and to recruit new industry in the Valley region. TVA creates and sells electricity to cooperatives like NEMEPA and serves over 9 million in seven southeastern states.

Silicon Ranch President and CEO Matt Kisber is “proud of the relationship (they) have developed with the NEMEPA.”

“We love working in Mississippi and are grateful for the partnership we’ve been able to build with TVA and local partners. We are excited about the economic and environmental benefits that this project has brought and will continue to bring to Union County and the surrounding region.”

The solar farms are situated off Highway 30 next to Wal-Mart’s distribution center in New Albany.  Approximately 18,000 solar panels were built on the 10-acre site.