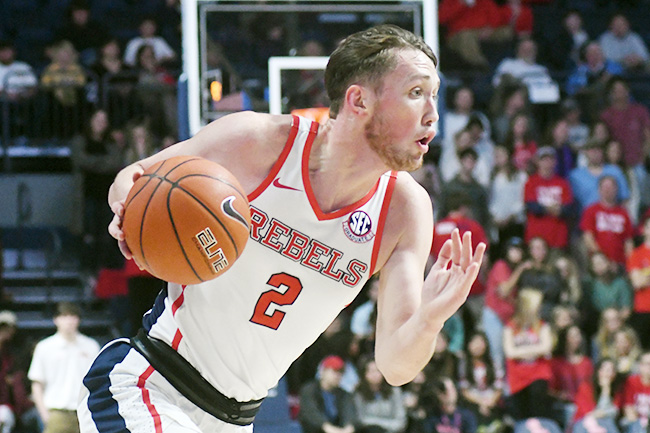 Cullen Neal has been granted his release from the Ole Miss men’s basketball team, head coach Andy Kennedy said, opening up another scholarship for next season.

Neal, who had two years to play two seasons after transferring from New Mexico, averaged 9.4 points, 2.2 assists and 1.7 rebounds in his only season with the Rebels. Neal averaged 23.6 minutes on the wing but started just 12 games, becoming one of Ole Miss’ first options off the bench after starting 31 games for New Mexico the previous season.

“We appreciate Cullen’s contributions to our program and wish him the best moving forward in his education and career,”  Kennedy said.

Neal’s departure means Kennedy can add another player to the class in the spring signing period, but the Rebels are reportedly out on guard Cam Johnson, who on Friday named Kentucky, Oregon, Ohio State, UCLA, Arizona and TCU as his finalists after the Rebels’ coaching staff recently visited the Pittsburgh graduate transfer.

“Ole Miss is an incredible University. Oxford is a terrific city to attend school,” part of Neal’s post read. “My teammates are my brothers, and they welcomed me to the university with open arms. I can truly say that I have made friendships that will last a lifetime! However, I have decided to pursue a different masters program at another university and finish off my college eligibility as a graduate transfer.”