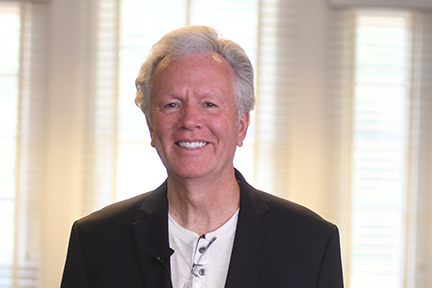 It’s been nearly 50 years since author Merle Temple graduated from Ole Miss, but it has never stopped inspiring him.

His four novels, making up “The Michael Parker Quadrilogy,” follow the titular character’s adventures in the Mississippi criminal underworld after joining the state’s Bureau of Narcotics in the early ‘70s. Parker’s fictional experiences mirror Temple’s life when he was the first captain of the same bureau after graduation.

And Ole Miss makes an appearance in each of his novels, sometimes in great detail.

Temple returned to his alma mater this past Thursday to speak with a journalism class as well as donate his latest book in his quadrilogy, “Deputy”, to the school’s library.

“I’m so grateful for the opportunity to come back to campus,” Temple said, while also reminiscing on his time at Ole Miss. “It was a special time. I’ll tell young people that I went to school with the first Manning when the ones they know were just twinkles in his eye when he was dating their mother. (College) was preparation for what was to come in real life.”

Some of Temple’s fondest memories include watching Archie Manning play football and hearing the “wind whistling through the trees” while strolling through the Grove on a spring day. Temple graduated from Ole Miss in 1971.

After years working in the Mississippi Bureau of Narcotics and as a security manager for Bell System, Temple wrote his first Michael Parker novel, “A Ghostly Shade of Pale,” which was published in 2013.

That novel was optioned last Saturday by a Hollywood production company for a television series.

Temple found his way into Tinsel Town through his friendship with “Criminal Minds” technical advisor (and former FBI profiler) Jim Clemente. Temple was friends with Clemente’s cousin and asked Clemente directly in a letter if he would take a look at the manuscript for his first book.

“He told me he’d get to it when he could,” Temple recalled. “At first, he said that he thought it was another one of those awful things he gets sent. I waited for a while and finally, the email popped up in my inbox. He told me, ‘You’re not only a great writer, you’re a great writer of American literature. Come to Hollywood, I want to represent you.’”

Thus, Temple’s Hollywood excursion began. In 2012, he and his wife packed up their car in Tupelo where they currently reside and trekked out to California. The author joked that they were the real life Beverly Hillbillies.

“We rolled into Hollywood and it was quite the experience,” Temple said. “We went to the set of ‘Criminal Minds’ and watched them film. No one knew me there and I was 2,000 miles from home. It was all so new. We made the rounds, it was all fairytale stuff. They told me you may not hear back for 10 years.”

Eventually, Temple’s books were optioned by Clemente’s own production company (X-G Productions). While getting an option doesn’t guarantee a TV show, Temple remains hopeful as X-G has a solid track record of getting shows on air.

“Of all the people in Hollywood who I could have cast my lot with, I was very fortunate for it to be Jim Clemente,” Temple said. “I don’t think there’s a mean bone in his body. He let me know that he was not the kind of guy who would take advantage of me. That has proven to be true.”

Temple says that when you sign a contract like the one he did, the author relinquishes most creative control, but in his proposals, it was said that he would stay on as a technical advisor.

“I’d like to have some input, but I know when you sign a contract, it’s pretty much gone,” the author said. “We’ll just see what happens.”