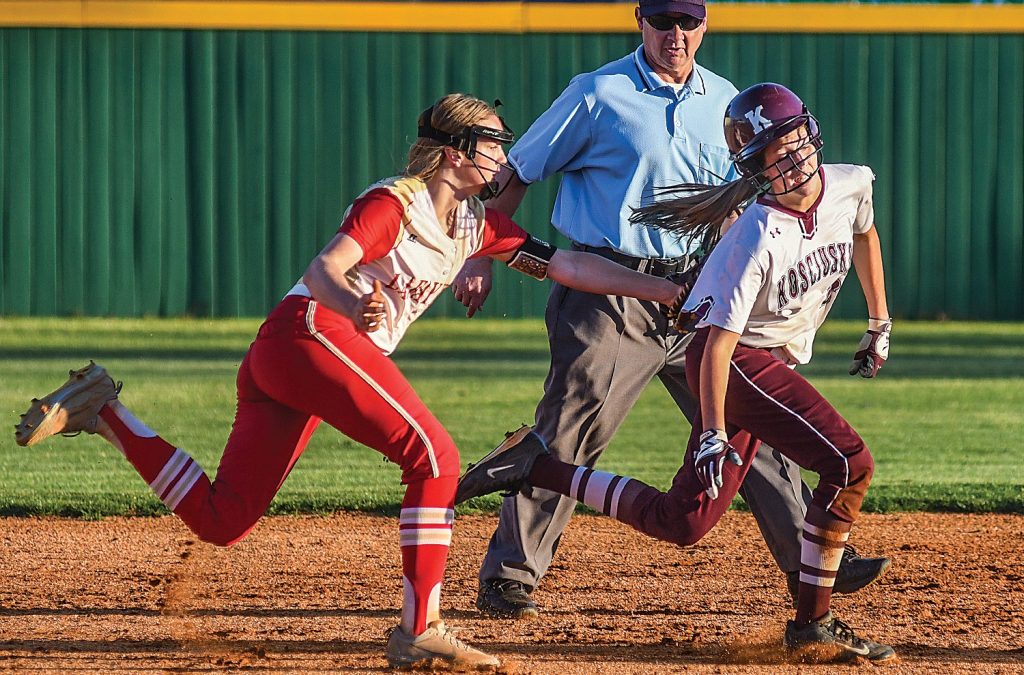 When senior Camille Maine transferred from Pittsburgh, Pennsylvania to Oxford, she approached Lafayette softball coach Katie Jenkins about joining the team. Jenkins knew she did need another bat in her arsenal, but the defense of Maine is what stood out.

That glove work came in handy on Tuesday night as Maine and the rest of the Commodores defeated Kosciusko 2-0 in Game 1 of their second-round series of the MHSAA Class 4A playoffs. Lafayette is one win away from the third round, and knocking out last year’s North Half runner-up, and will travel to Kosciusko on Thursday for Game 2 at 5 p.m. and, if necessary, a Game 3 directly afterward.

“(The win) is big for our confidence level that we’ve needed as a team all year,” Jenkins said. “They’ve never as a whole felt this. They’ve been a part of it with other teams doing it, but they’ve never been the actual ones doing it. So they needed it for a boost, and I think it’s something they’ll continue to grow on.”

Once Lafayette took the 2-0 lead after the fourth inning, Kosciusko responded with a leadoff double by second baseman Melissa Gowan to start the fifth. Gowan advanced third after a groundout to Maine. Gowan was then stranded by Maine, who recorded the next two outs with a lineout and groundout.

Maine’s defensive presence was not finished being felt by the Whippets as she completed an unassisted double play in the sixth inning when Kosciusko third baseman Katie Mitchell lined out to Maine, who doubled up center fielder Madeline McCown at first base.

“We were good with hitting, but then (Maine) hit the field and we saw her glove and we were like, ‘You’re our starting first baseman,'” Jenkins said. “She’s made the plays all year.”

After stranding three runners the first three innings, Lafayette managed to take advantage of having their first two batters get in scoring position. An RBI single from second baseman Chloe Russell followed by a fielder’s choice by designated hitter Julianna Ingram scored Maine and Chelsea McCullough for the only two runs of the game.  The Commodores finished the night with four hits, two walks and had three runners reach off of fielder’s choices.

“A lot of times this year, I have not been able to congratulate our hitting,” Jenkins said. “We’ve still got a lot to go and build on, but we’re getting more aggressive up there. Left some runners on that I needed scored but still got the ones in there.”

Lafayette pitcher Madisyn Cobbs worked a complete game and needed only 70 pitches to get through seven innings. Cobbs gave up three hits and recorded two strikeouts while walking two, including the very first batter she faced.