Lafayette tennis defeats Cleveland to advance to 4A North Half championship 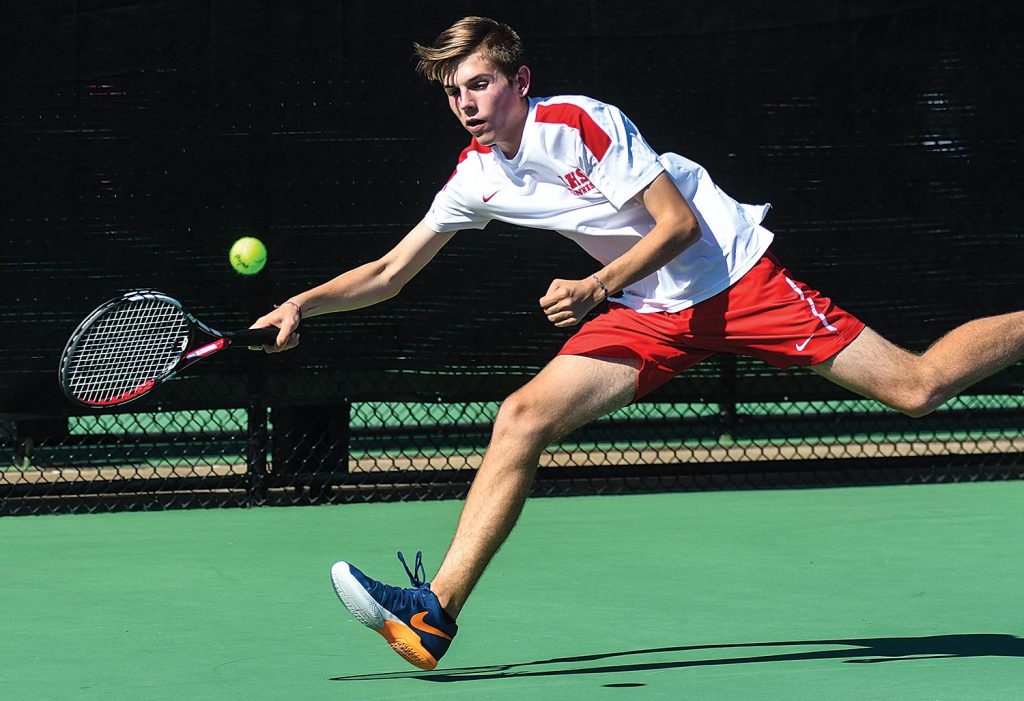 Lafayette's Foster Roush plays against Cleveland in MHSAA Class 4A playoff action, in Oxford, Miss. on Tuesday, April 25, 2017. The Commodores won 5-2 to advance to the North Half title match. (Bruce Newman)

One of the better years in the Lafayette High tennis program will continue for at least another week. The Commodores kept their season alive with a 5-2 win over Cleveland in the second round of the MHSAA Class 4A playoffs on Tuesday at FNC’s John Leslie Tennis Courts.

The second-round win comes on the heels of a 4-3 win over Pontotoc in last week’s first round. Lafayette will now play New Albany, who defeated West Lauderdale 6-1, in next week’s North Half championship match.

“Maybe we’re growing up some,” Lafayette head coach Debbi Swindoll said of her young team. “We’re peaking at the right time. I’m really proud of them. I was a little nervous about this match because I knew (Cleveland) had a really good singles player and they have a good No. 1 girls doubles team.”

The winning point for Lafayette (14-4) came from Swindoll’s No. 2 boys doubles team of Will Carter and William Smith. Carter and Smith defeated Cleveland’s Gib Lamastus and William Meyers with a 6-3, 6-3 straight-set victory late in the afternoon.

After the Commodores had clinched the match, the team of Rachel Reed and Cara Ann Sallis defeated that No. 1 team of Cleveland’s with a 7-6 (10-8), 6-3 victory over Callie Rose Rocconi and Emma Hardy.