Spoon to play the Lyric in Oxford Friday night 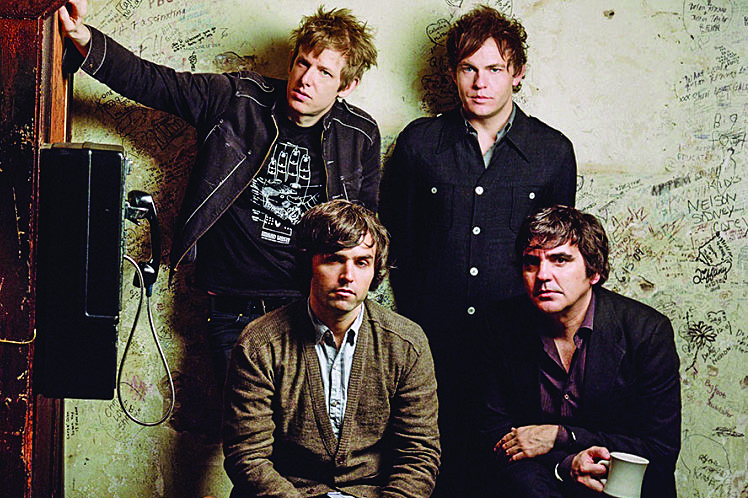 Austin-based rock band Spoon will be in Oxford on Friday night.

Austin-based rock band Spoon has always been in a constant state of evolution even nearly 25 years into their existence. While each album sounds like the group, no two records have sounded alike. Their latest effort, “Hot Thoughts,” released this past March, mixes more synths and electronics with the standard rock band setup of guitars, bass and drums. Add frontman Britt Daniel’s distinctive, energized vocals into the fold and the album is unmistakably Spoon.

The four-piece outfit will be stopping in Oxford at The Lyric on Friday, at 9 p.m.

The band’s bassist, Rob Pope, who has been with the band for ten years, says that while Daniel usually starts with the outlines of the band’s songs, “once (they) get into the studio, (they’re) really trying to make sure each element has its own place and fits in- almost like a collage.”

“You see so many bands talking about the recording of the record and they treat it like they’re checking off boxes on a list,” Pope said. “‘Have we done the guitar? Have we done the bass? Have we done the acoustic guitar?’ We don’t really operate that way. We’ll put a lot of stuff on there or take it away. But if it’s not really serving a purpose, it shouldn’t be there.”

And Spoon’s method is working. On “Hot Thoughts” all of the elements come together for a seamless, sometimes experimental rock record. Whether it’s the laid-back groove on “Do I Have to Talk You Into It” or the driving guitars on “WhisperI’llListentohearit,” everything is there for a reason.

Before he was a part of the group, Pope was a fan.

“This decade has been great,” the bassist said. “I’m having a blast doing this. I’ve always been a fan of the band since the late ‘90s. It’s just like being in any band, there are ups and downs. But we’ve been making cool sounding records consistently and people seem to be responding to that. It’s great to still be doing it.”

Pope made it clear that Spoon isn’t a band to rely on its past triumphs.

“I would hope that people hear this and sense that we’re moving in a future direction,” he said. “We’re not resting on any sort of success that we’ve already attained. I want people to hear it and feel that we’re hungry.”

Tickets for Spoon at The Lyric range from $30 to $35 and can be purchased online HERE.