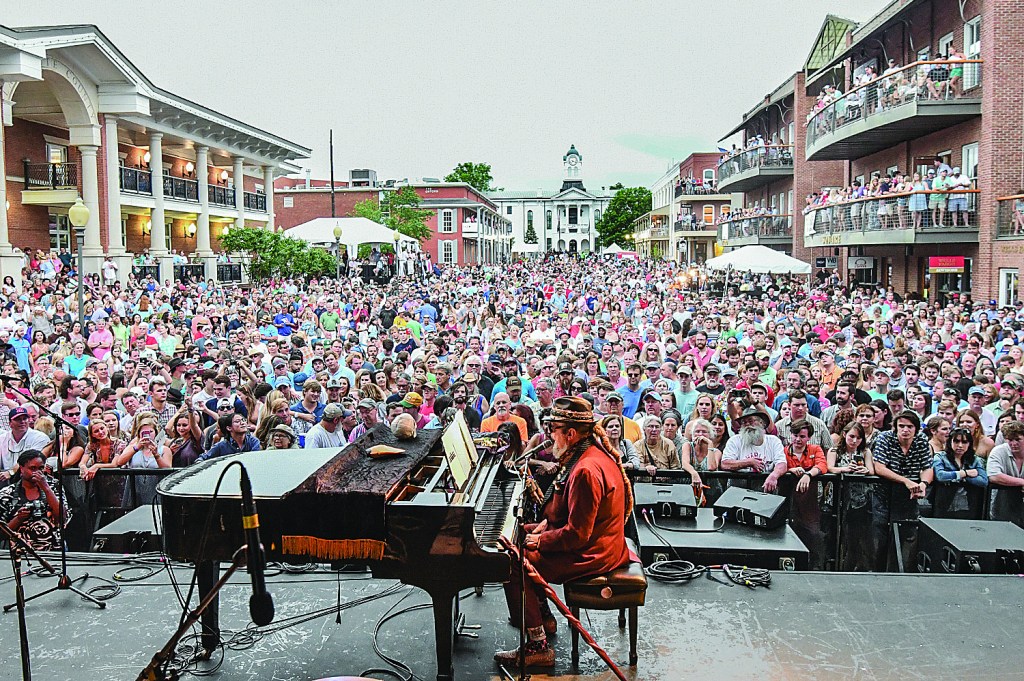 The crowd at this year’s Double Decker Arts Festival started to form early on the Square and lasted until well after the festival ended.

“We didn’t have volunteers there until 10 a.m.,” she said. “Next year, we know to have people there earlier.”

Stubbs said she doesn’t have an exact count of the number of people at the festival but estimated to be around 60,000.

“That’s about what we expected,” she said. “It was a great day. The weather held out of us for the most part — it was a little windy.”

Stubbs said the crowds remained steady throughout the day and night.

“We appreciated their patience as there are a lot of moving parts from Friday morning to Sunday.”

Oxford police officers made 10 arrests for DUI over the weekend and 35 arrests for public drunkenness.

A lot of people means lots of trash and Oxford Environmental Service workers spent all day Saturday and into Sunday morning keeping the Square clean during and after the event.

“It was busy and steady all day,” said Superintendent Amberlyn Liles. “We put out an additional 150 garbage cans and 100 recycling bins.”

Before spending hours picking up trash, workers helped OPD and the Mounted Patrol to get South Lamar, the Square circle and parking lots open.

“Our goal was to have the Square looking like the festival never happened by 4 a.m. Saturday,” she said. “I believe we were successful.”