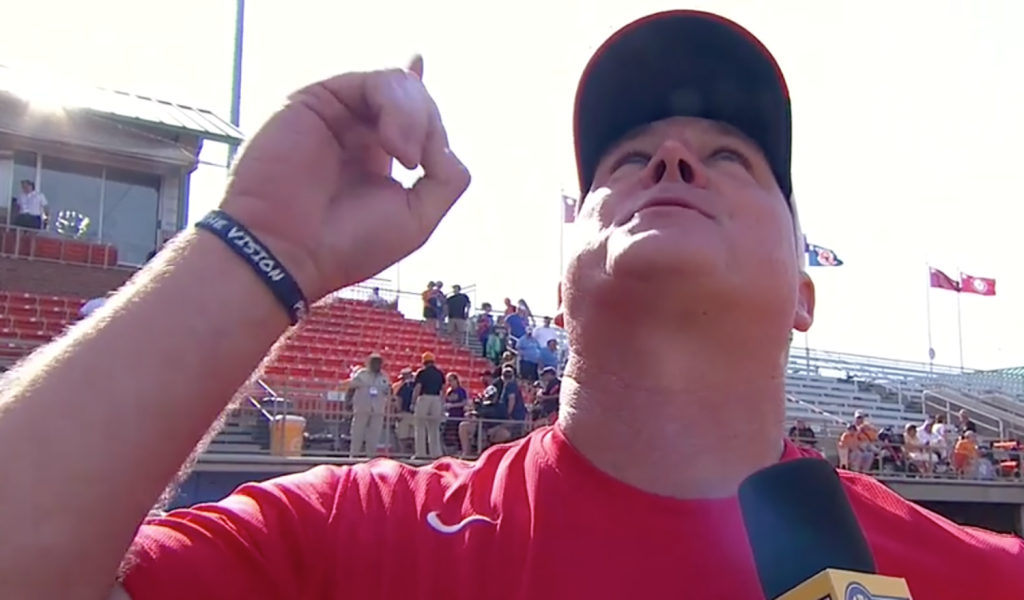 Ole Miss coach Mike Smith points to the sky while talking about his late grandfather Thursday following the Rebels' 2-0 win over No. 1 Florida in the SEC Tournament quarterfinals in Knoxville, Tenn. (SEC Network)

“We had a 100-year-old birthday for him a couple years ago, and he sat in his chair and told me how much he looked forward to watching our games on TV,” Smith said in an interview with the SEC Network. “They actually got Apple TV just so he could get the SEC Network. I know he was looking forward to our game (Wednesday), and I’m so thankful that I got to spend the time that I did with him.”

Smith dedicated the win to his late grandfather and did the same Thursday after the Rebels, the tournament’s 8 seed, pulled off arguably the biggest win in program history with a 2-0 upset of No. 1 Florida to advance to today’s semifinal matchup with fifth-seeded Alabama.

“Grandpa, this is for you,” Smith said following Thursday’s game.

Ole Miss is vying to become the lowest seed in the tournament’s history to reach the championship game in just its third season under Smith, who took over a Rebel program that had the worst record in the SEC.