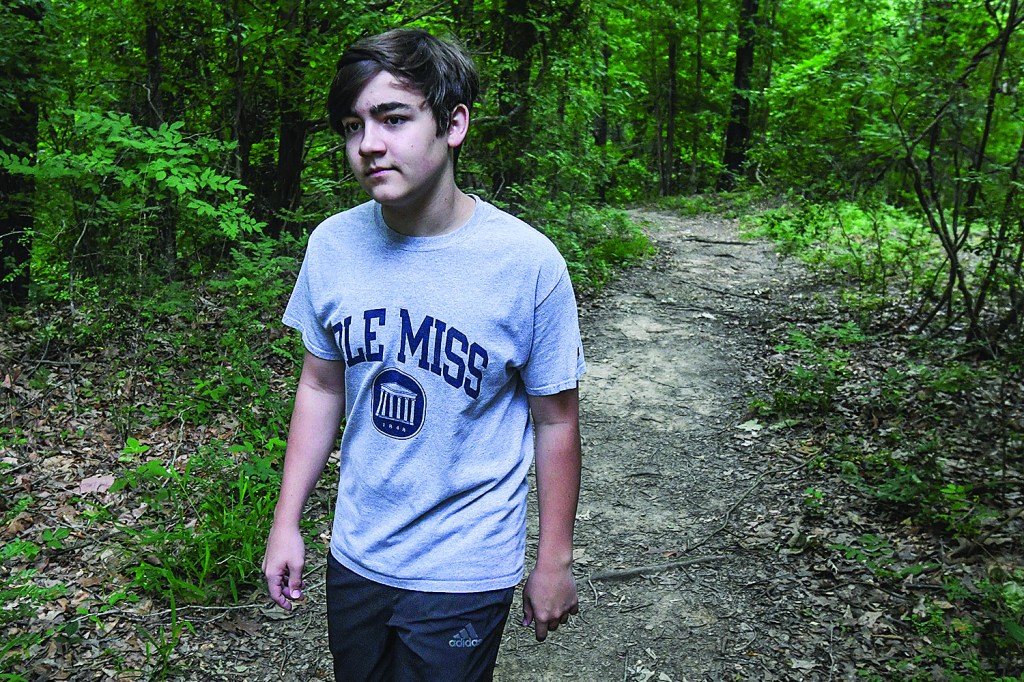 Luke Kelly, in Oxford, Miss. on Thursday, May 11, 2017, has been recognized for a project he did on Bailey's Woods.

A junior from Oxford High School was recently awarded $1,000 and congratulated by Olympic gold medalist swimmer Michael Phelps in a ceremony held in Washington D.C.

Kelly is a member of the Lafayette County 4-H who led his Boy Scout troop’s project to improve the Bailey’s Woods Trail near the University Museum.

As part of the project which lasted for a year, the Scouts trimmed branches, improved signage and built a new bench.

“I wanted to do something important that I knew everyone could benefit from,” Kelly said. “Everyone needs to be outside getting exercise and public spaces are free, so I decided to improve a public space.”

Apart from renovating the trails, Kelly created a nature scavenger hunt for families and visitors to participate in, as well.

Robert Saarnio, the museum’s director, says that the facility “deeply appreciated” the initiative.

“Working with and through the Boy Scout Troop had added meaning for me, being a former Scout myself,” Saarnio added.

The museum’s Curator of Education, Emily McCauley, says that Kelly first came to the museum and presented them with the idea.

“The museum is situated at the perfect location to represent the intersection of campus and community life, and having a local Eagle Scout working on this trail that is used equally by families and students was a wonderful fit,” she said. “We are excited for Luke to be honored at the national level and proud of his commitment to the community.” 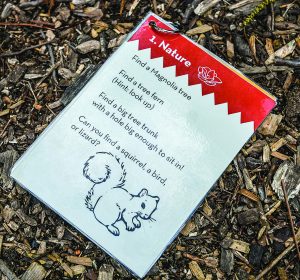 Kelly created a nature scavenger hunt for families and visitors to participate in on the Bailey Woods Trail.