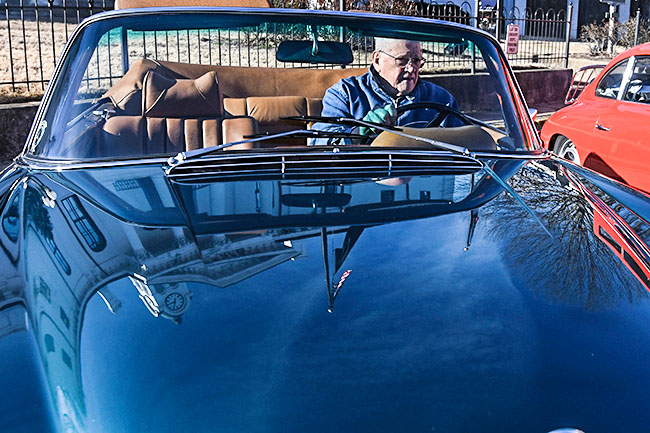 Cars that will be in a show on memorial Day weekend are lined up outside the Lafayette County Courthouse, in Oxford, Miss. on Saturday, February 4, 2017.

Next Saturday, over 25 classic European cars will be making their way to Oxford as part of a new annual event.

The first Renaissance Classic Euro Fest Car and Motorcycle Show will take place on June 3 on the Lawn at the Community Pavilion at the intersection of University Avenue and Bramlett Boulevard.

The fest began eight years ago at the Renaissance Center in Ridgeland and over the years has attracted more than 100,000 spectators and had over 1,000 cars on display from six countries.

Mike Marsh, the event’s founder, says that the cars evoke a sense of nostalgia.

“Classic cars, be they European or other, are rare examples of wonderful objects that present a major effort of preserving our automotive historic past,” he said. “Many of them bring back great memories of times gone by. The Oxford Euro Fest will be a free, fun family event that will provide spectators a view of autos that they may never have seen before but only heard of.”

Marsh added that many of the cars also tell a story.

“Classic cars are like many art forms that preserve the past,” he said. “Many people have a ‘story’ about one and many classic cars connect people to their past in a beautiful way.”

Housing for All pushing for inclusionary zoning