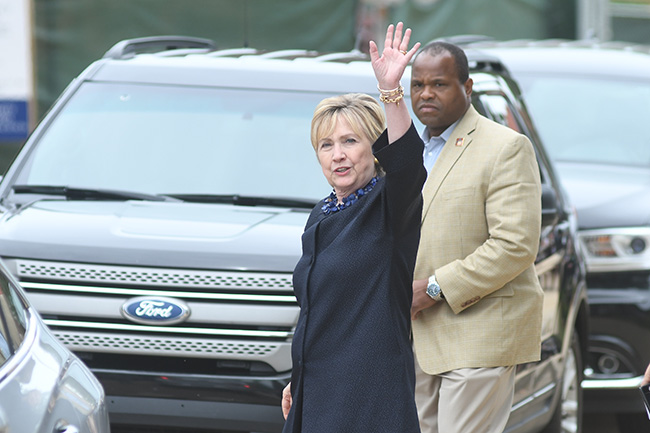 Hillary Clinton leaves Paris-Yates Chapel at the University of Mississippi after speaking at a memorial service for Carolyn Ellis Staton, on Monday, May 22, 2017 in Oxford, Miss. (Bruce Newman)

Former first lady and presidential candidate Hillary Clinton is in Oxford today for the funeral of Carolyn Ellis Staton, who passed away late last week.

Ellis Staton, a longtime Oxford resident, has been close friends with President Bill Clinton and his wife Hillary Clinton since college.

“She will be missed,” Clinton said, according to reports. 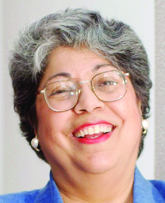 Staton once slept in the Lincoln bedroom at the White House, according to Mississippi Today.

“She popped up as someone who always had access to either Clinton,” said Burns Strider, a political consultant who has worked for years with Hillary Clinton, told Mississippi Today.

Born in Vicksburg to the late John and Marguerite Shibley Ellis, Mrs. Staton received her Bachelor’s degree from Tulane University, her Master’s degree at Columbia University and her Juris Doctor at Yale University. At the University of Mississippi, she served as a Law Professor, Interim Dean of the Law School, Associate Provost and retired as Provost in 2009. As Provost, she facilitated the creation of the University of Mississippi residential colleges and the Croft Institute. She expanded on the ideas of others in the creation of the Honor’s College. She was a dedicated and loving wife of 33 years and a loving mother to three boys. She found great joy in her travels overseas and prided herself on enabling her children to travel. She was a veteran of the United States Army Reserve JAG Corps where she achieved the rank of Captain.  She served on the Defense Advisory Committee on Women in the Service in the 1990s at the Pentagon.