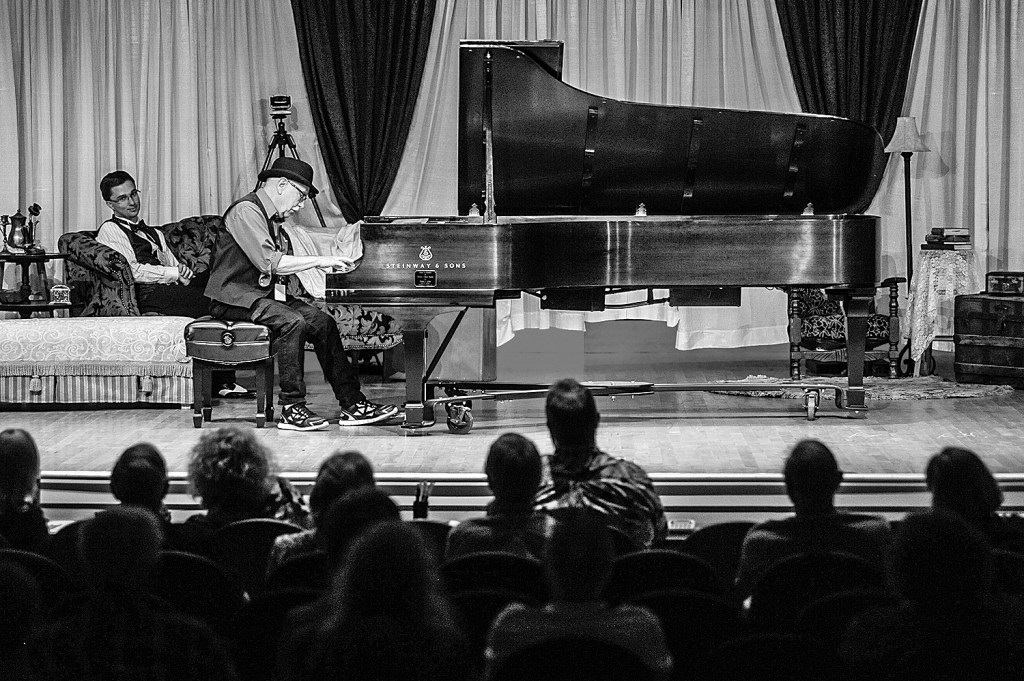 Tom Lemen plays during the World Championship Old-Time Piano Playing Contest and Festival at Nutt Auditorium on Friday, May 27, 2016. The event will be held in Oxford again beginning Thursday. (Photo/Bruce Newman)

This weekend, piano players from all over the country (and one from across the Pond) will be making their way to Oxford to compete for $6,000 in prizes and the title of the best old-time piano player.

The World Championship Old-Time Piano Playing Contest will be taking place from Thursday through Sunday and has events planned throughout the weekend all over town.

Ian Hominick, an associate professor of music at Ole Miss, brought the contest to town after it had 41 years in Monticello, Illinois. This will be the 43rd year of the event.

“They started by hoisting an upright piano on the back of a caboose and people would bring their lawn chairs to come and listen to the contestants,” Hominick said. “That kind of grew over the years to where they had to move indoors. When I found out they were looking for a new home, I said, ‘why don’t you consider coming down here?’”

And so far, the Hominick-influenced move has been successful. He expects that through all of the events this upcoming weekend (which include the competitions and workshops with judges), between 400 and 500 people will take part. The main contest portion will be held in Nutt Auditorium.

A junior division was recently added to the proceedings encouraging young people to take part. This year children from age 8 to seventeen will perform.

“One of my main goals this year was to increase that because that’s the future of the event and I’m happy to say we filled all our slots a month ago,” Hominick said. “We have the west coast champion coming to our contest for the first time. We have identical twin sisters who are 11 years old from New Jersey coming.”

Hominick added that Oxford is a perfect fit for old-time piano.

“One of the reasons I decided to do this is that there’s a natural tie-in to the blues which we’re steeped in down here,” he said. “The blues, ragtime and the early beginnings of jazz all co-existed at the same time and influenced each other. Any kind of music that was around at the time of Tin Pan Alley that’s represented here.”

And don’t expect to just hear the classic staples at the contest.

“In order to win, these performers need to be pretty diverse and imaginative,” Hominick said. “They can’t just memorize music off the page and regurgitate it. They have to do something to it that’s unique.”