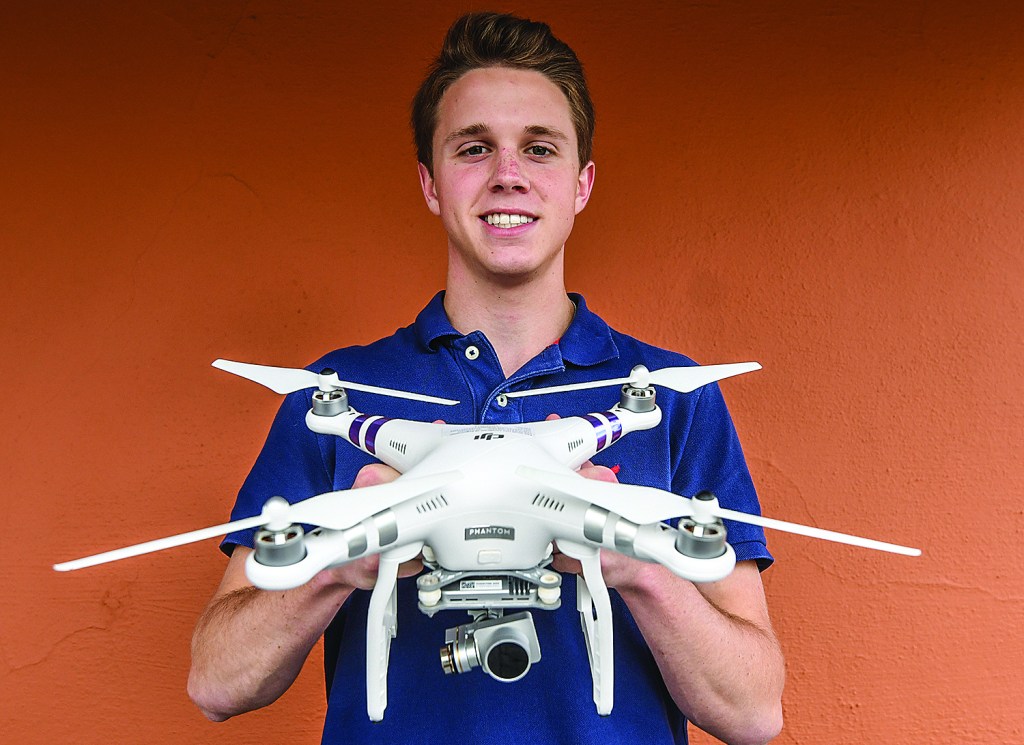 At 16 years old, Eli Hartnett is running a business that could save lives.

Two years ago, the now rising junior at Oxford High School founded an LLC for his drone (or unmanned aircraft system) business for aerial photography. Now, real estate companies, the school district and Oxford Police Department are looking to him for help.

Hartnett first fell in love with drones when he was in eighth grade and his STEM (Science Technology Engineering and Math) class had a unit on the devices.

“We saw so many videos on how they could be used,” Hartnett said while showing his current drone, a sleek, white model called the DJI Phantom 3 Advanced. “We saw real estate uses, farming uses, and construction uses. And now it’s gone so far with 2D mapping and 3D modeling of homes and properties. I would have never imagined that it had come that far.” 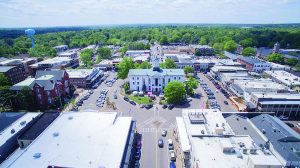 Recently, Hartnett mapped out the Square for the OPD in order for officers to mark areas where festival-goers couldn’t park for Double Decker Arts Festival. (Photo/Eli Hartnett)

The Phantom 3’s 1216 grams are carried by four propellers and Hartnett controls the device through what looks like a video game controller. Some drones, such as ones for military use, can be up to 30 feet long.

After Hartnett’s exposure to drones, he saved up for one and purchased his own. His LLC, Aerial Production Photography, soon followed. However, to fly commercially, he needed to obtain his license.

“I found out shortly after you needed to get your commercial pilot’s license, which I was in no position to get as a 14-year-old, it’s thousands of dollars,” Hartnett recalled. “Some new laws came out the next summer, but I had to wait till I was 16.”

And once he got that license, his business took off. Real estate companies contacted him, some from out of state, to plot out 3D maps of properties with his drone.

“It’s mainly for a client or potential buyer if the house is out of town. They’re able to look at the house from their computer,” Hartnett explained. “Or if you’re renting a house in Oxford for game day, you don’t want to come all the way from North Carolina and not like the house. You get to see a 360-degree view of the home. Aerial photography is helpful with things around it, such as a lake or golf course.” 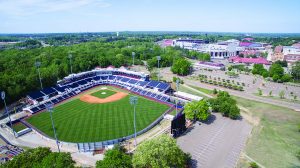 An aeriel photograph of Oxford-University Stadium/Swayze Field recently taken by Hartnett and his drone.

Recently, he volunteered his services to the OPD to map out some schools in the district. The OSD eventually heard about his work and paid him to complete aerial photography of all six schools.

“I basically made a Google Map in which you can zoom in really close,” Hartnett said. “If there was ever trouble with the school, police can pull that map up on their phone and just pinch-in to find the exits and streets nearby. With the 3D modeling, that can be put up on some phones, you can see exact doors, windows and sidewalks in between the schools.”

For this past Double Decker Arts Festival, Hartnett mapped out the Square for OPD for officer placement and to mark areas where festival-goers couldn’t park.

Last week, he was honored by the Oxford Exchange Club for his efforts in town. Next month, he’ll be honored in Jackson by the Mississippi Business Journal and a recipient of their Mississippi Tech Leader of 2017 for his blossoming business.

Hartnett looks to possibly graduate earlier during the next school year and he has higher hopes of where he wants to take his skills: the Air Force Academy.

“I know the rate to get in there is very small, but if I work toward that, I can take my hobby that helps the community into a job that can help the country,” he said.

Hartnett can be contacted online through his website at www.aerialprodphotography.com.