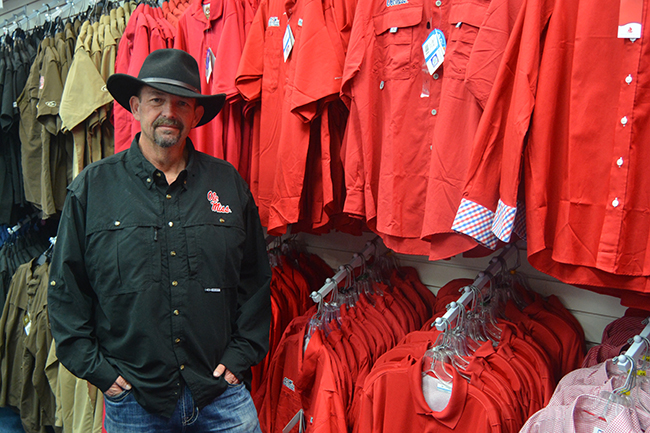 The latest turn in the NCAA’s investigation into the Ole Miss football program involves legal action from an involved party.

The suit is regarding what Rebel Rags, referred to only as Booster 8 in Ole Miss’ response to the amended Notice of Allegations, believe are false statements Lewis, Jones and Miller made to the NCAA during interviews when questioned about Allegation 9, which accuses former Ole Miss staff members Chris Kiffin and Barney Farrar of arranging for the three to receive approximately $2,800 worth of free apparel from the store between Jan. 25-27, 2013 and between March 28, 2014 and Jan. 31, 2016.

Ole Miss denied the allegation, which the NCAA deems a Level-I infraction, completely in its response, citing a lack of corroboration of the claims. The school said in its response that 15 other players, who were recruits at the time, and family members who were asked about the allegation denied receiving any free merchandise and claimed that Lewis, Jones nor Miller could produce any evidence of the apparel they allegedly received.

Kiffin, who’s now the defensive coordinator at Florida Atlantic, and Farrar, an off-field staffer who was fired in December and is named in four Level-I charges, both denied the allegation in their individual responses.

“The enforcement staff’s principle basis for this allegation is that three individuals claim to have received free apparel from (Rebel Rags) with the implication being that if three people say the same, general thing, then that thing must be true,” part of Ole Miss’ response said. “Yet there is no proof that corroborates the claims of (Miller), (Lewis) or (Jones).”

In one specific instance, Lewis claimed in separate interviews that he was given a $400 gift card and a pre-paid card to buy the apparel, but Ole Miss said transaction logs show none of the business’ three gift cards with that balance amount were redeemed during the times in question nor was a pre-paid card used. Lewis also claimed that security tags were removed from the clothes by a cashier, but Rebel Rags’ owner, referred to only as Booster 9 in the school’s response, said that wouldn’t have been possible.

“We don’t even have security clips,” part of the owner’s interview transcript read. “There’s no security clips on any product in that (store). Not one item.”