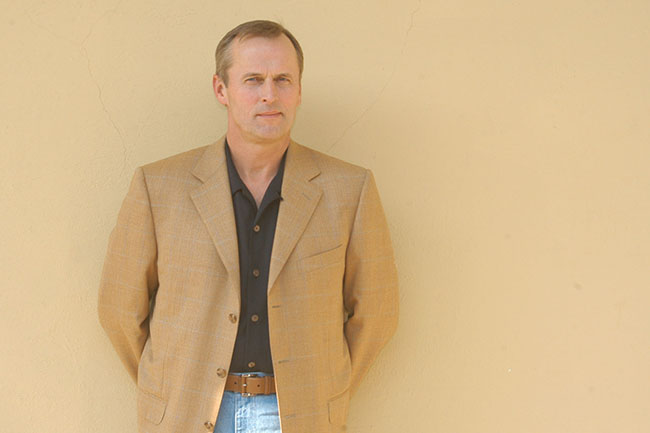 Bestselling author John Grisham needs little introduction. Since publishing his first book, “A Time To Kill”, in 1989, the modern master of the legal thriller has written 36 novels (along with non-fiction and short stories) and sold over 250 million copies of his work.

For “Camino Island,” Grisham leaves the courtroom setting behind for a heist novel revolving around the theft of rare books. The author has embarked on a book tour, his first in 25 years, and will be stopping by a place close to his heart on Tuesday: Square Books in Oxford.

Grisham has always had strong Mississippi ties, attending Mississippi State University and the University of Mississippi School of Law in 1981. Before stardom, Grisham practiced law for ten years in Southaven. The EAGLE chatted with the author over the phone about coming back to town and his latest work.

Q: How long has it been since you’ve visited Oxford and what are you looking forward to most about coming back?

I was in Oxford last September for the Alabama game. I love (Square Books) and I spent a lot of time there many years ago. I saw it last September during the game, I was in town for the weekend. Also looking forward to seeing a lot of old friends. Oxford is still a very special place for us. We had four very good years there and we thought we’d be there forever, but it didn’t work out like that.

Q: What was your deciding factor for moving away from Oxford?

It wasn’t even a move. It was just kind of a temporary getaway for a year in 1994. We were very happy in Oxford, built our house and I was coaching Little League baseball. We had a bunch of friends. Our kids were happy and we liked the schools. It was our home. We got married there in 1991. We came here to the rural part of Virginia outside of Charlottesville, and after a few months, we really enjoyed the privacy and the seclusion. We didn’t know anybody here. After the first year, we thought we’d try it for a second year, and as things often go, it’s been 24 years.

Q: This is your first book tour in 25 years. What made you want to do one for “Camino Island?”

To support independent bookstores, first of all. Most of these stores I’ve never been to, with the exception of Square Books and Lemuria (Books) in Jackson. I also wanted to meet some of the readers and the fans. We’re doing a podcast at the end of each signing with local writers to talk about their work and kind of give them a shot in the arm, maybe. Bookstores are under siege these days; it’s a tough biz. I got kind of bored and tired of sitting around the house, so I thought I’d tour again.

Q: How do you think Mississippi or Oxford affected you as a writer?

Growing up there in the ‘60s and ‘70s, going to high school and college was a very turbulent time in the Deep South and the whole country. I was very much aware of the racial conflicts because I was living through it. The schools were finally forced to integrate in 1970. As a state legislator for seven years, I fought a lot of battles trying to pass progressive legislation against a lot of resistance. Growing up there you understand a lot about the place and the history, which has not been pretty. The racial issues were a natural thing for me to write about and I wrote my first book.

Q: Did you notice your life change after “A Time to Kill” came out?

Q: What was your inspiration behind “Camino Island?”

I enjoy collecting rare books and I have for 25 years. I wanted to write sort of a mystery with no lawyers, no legal issues, no legal settings. Just a good mystery. I love bookstores and I obviously love publishing and book selling.

Q: What do you hope to get out of this upcoming tour?

So far, I’ve done six stores and it’s been really cool to go in and see some of these bookstores that I’ve read about over the years. I was in Asheville, North Carolina, yesterday and there’s a great store that’s been around for four years. It’s also fun meeting these writers; some I know, some I don’t. It’s interesting to talk to them about their craft, how they write and how they publish. It’s a lot of fun.

Tickets for Grisham’s signing at Square Books on Tuesday are sold out.

Tallahatchie Gourmet has a location on the Square