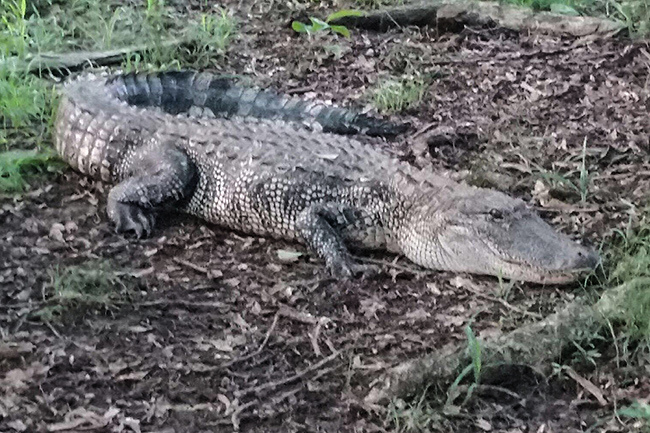 Some Yalobusha County officers recently found themselves in a scaly situation.

On Saturday evening, Yalobusha County deputies Sgt. Jim Bailey and Jason Mangrum responded to a home on Highway 32 about a six-and-a-half-foot alligator. Wildlife Officer Rich Ross Jr. was also called in for assistance.

The alligator was successfully caught and brought to a wildlife reserve in a different county.

The Sheriff’s Department asks that if you do come across an alligator, don’t try to handle it on your own and instead dial 911.

The website for the Mississippi Department of Wildlife, Fisheries and Parks says that, contrary to popular belief, alligators are not aggressive toward humans. It also reiterates that it is illegal to feed alligators in the state.

“Alligators that are attracted to a regular food source placed by humans will eventually become conditioned to associate human activity with food resources,” the department says. “This is a recipe for certain danger.”

The department considers any alligator that has preyed upon, or attempted to prey upon, humans, pets or livestock as a “nuisance alligator” that needs to be removed.