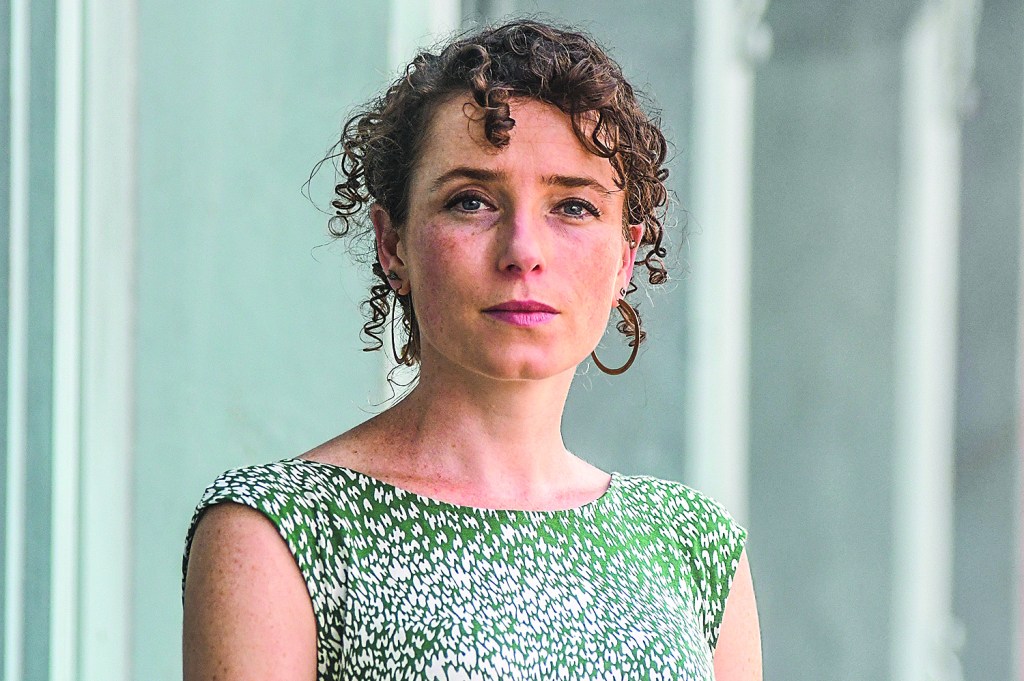 Rose McLarney, in Oxford, Miss. on Tuesday, June 27, 2017, is the University of Mississippi's 2017 Summer Poet in Residence. (Photo/Bruce Newman)

Before she was even old enough to realize it, Rose McLarney was a poet.

The current Summer Poet in Residence at Ole Miss began writing poems as a child when her mother would give her “little assignments” to “do creative things with her time.”

“My mom had planned that I was going to be a writer from when I was very young,” McLarney joked as we sat on the Square Books balcony. “For some reason, she honed in on the fact that I might like writing. But I didn’t take myself seriously as a writer until after I graduated from college.”

McLarney, who was born in the rural mountainous area outside of Asheville, North Carolina, has lived all over and is currently teaching at Auburn University. She spent her undergraduate years and earned her MFA from the Warren Wilson College in Swannanoa, North Carolina.

“I’ve always liked academics and enjoyed being in school, but I wasn’t a creative writing or art major because I guess at the time I thought it didn’t make sense,” McLarney said. “Which I hesitate to say in a way because I teach creative writing classes now and I think they’re important.”

After working an office job, McLarney eventually decided to go back to school to earn her MFA and received encouragement from one of her poetry role models, Ellen Bryant Voigt.

“She can do a lot of things as a poet that I can’t,” McLarney said. “She incorporated certain regional aspects in her work. She writes about rural life, but not in a way that’s sentimental.”

Much like Voigt, over the course of her two published books (and a finished third work), McLarney writes frequently about regions, particularly the South and of growing up outside Asheville.

“I spent 20 something years looking at (the mountains) — gathering up images or listening to how people talked in that region,” McLarney said. “That was what my first book was about. My second is about the sadness of leaving that. But I think I’m still figuring out how all the other places I’ve been since have influenced me because I don’t have 20 years of knowledge to draw on.”

McLarney is always writing. Her current regimen consists of writing from 8 a.m. to noon each day. At the moment, she’s working on completing a fourth book that currently stands at 85 pages of poems. She credits her frequent summer residencies with giving her ample time to work.

A motif that frequently appears in her poetry is water. Growing up near a river helped McLarney develop a fondness for most things aquatic.

“Being surrounded by water was important to me,” the poet said. “Speaking practically, my dad is an aquatic biologist who loves water more than anything. Everywhere we go is oriented around whatever river we might get in once we arrived there. Water is something that I was very much taught to think about.”

McLarney also notices when water is not present, particularly, when she was living in the land-locked Oklahoma. She’s also concerned by the prospects of climate change and drought.

“The absence of water worries me, too,” she added.

McLarney’s upcoming fourth book, which does not have a release date yet, is a clear deviation from the work she has written in the past.

“One of the threads I see is that I gave myself this assignment of writing how-to poems which can be overdone, I’ve seen a lot of them,” she said. “But a lot of my previous work has tended to be posed as questions or the poems will sort of argue with themselves. I thought that would be something different, to sound like I’m in charge.”

Another topic present in her latest work is the sharing of recipes from one generation to the next.

McLarney is “interested in that language, and looking at the ways that women historically have passed on recipes or withheld them.”

She’s also working on a Literary Field Guide to Southern Appalachia which uses poetry to describe species native to the region.

This past Thursday, McLarney gave a poetry reading at Square Books. The poet will be in residence until July 15.

“I appreciate that this bookstore does so much to make people interested,” she said. “And they have a nice poetry section.”

More information on the poet and where to purchase her work can be found at rosemclarney.com.