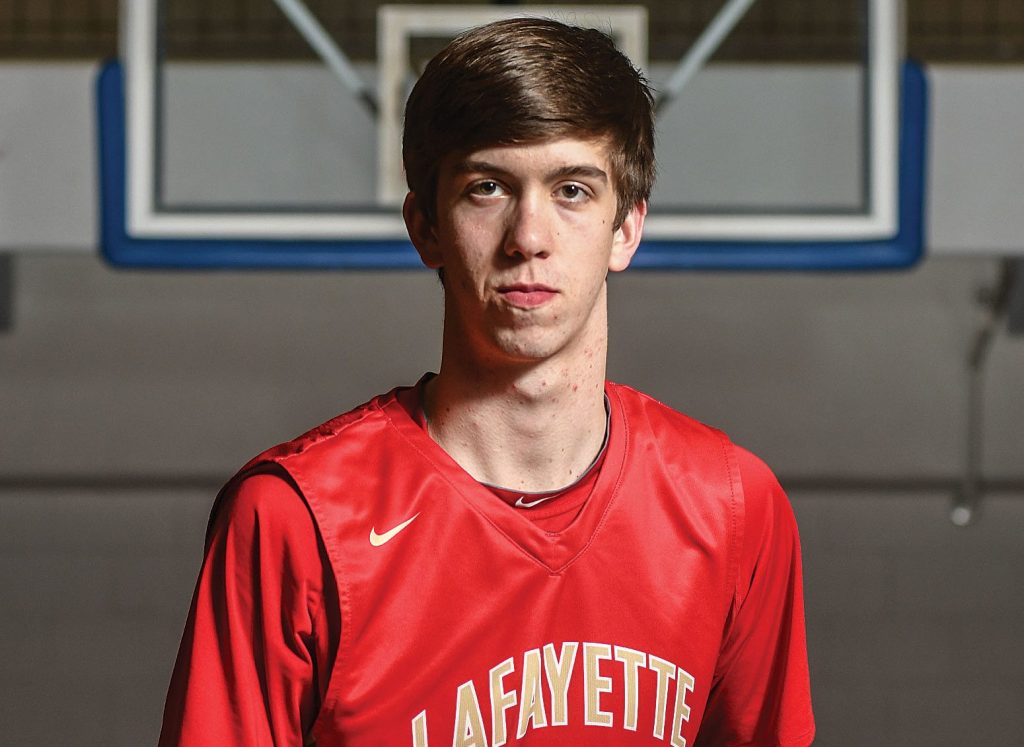 Hogan Linzy is getting a change of scenery. The Lafayette High boys’ basketball player is transferring to Phillips Academy, a independent boarding school in Andover, Massachusetts — about 24 miles north of Boston — to finish out his high school career.

It was a decision that started back in October when Linzy was approached by Jeff Roberts, founder of the Magnolia Hoops website which specializes in focusing on high school basketball talent across the state of Mississippi. Roberts asked if he could put out a highlight tape of Linzy for Phillips Academy, something he was doing for other players as well. Linzy said yes and put together a tape of his sophomore year, which ended up in the hands of Phillips head coach Terrell L. Ivory. Ivory, who has coached the likes of Steph Curry during a stint at Davidson, liked what he saw.

After talking with his parents, including his father and Lafayette girls’ head coach Shayne Linzy, Hogan began the application process. A couple written essays and a submission of his GPA and standardized test scores later, Hogan got the news he had been admitted and was then offered scholarships. The Linzys were informed Hogan had been accepted on March 10, the day after Lafayette won the Class 4A girls basketball state championship in Jackson.

Out of the 3,000 that applied to Phillips, Hogan is one of the 394 (13 percent) who were accepted for this incoming school year. He will be repeating his junior year and graduate as part of the 2019 class, giving him two more years at the high school level.

“This school opens up more opportunities than just basketball will,” Hogan said. “It’s a huge advantage basketball and academic-wise. Academically, I got two more years of studying and classes before college. Already being ahead of some freshmen that I’ll be going to college with. It’s a great opportunity to get ahead of the field almost.”

On the basketball court, the 6-foot-6 Linzy is coming off a year at Lafayette where he averaged 8.2 points a game and 6.5 rebounds.

If Hogan had stayed at home and continued his education at Lafayette, this coming school year would be his last at the high school level. Moving to Phillips gives him an extra year to get better on the court and in the classroom for wherever he chooses to attend college, something he has not decided on at this time.

The move from Mississippi to Massachusetts is not a light transition. Becoming a plane ride instead of a car ride away from his friends and family was part of the decision process, but the chance to see a new part of the country was one he could not pass up. His parents agreed.

“The day he was accepted, his mom had his bags packed,” Shayne said laughing.

Hogan will fly up to Boston during Labor Day weekend and begin classes the following week.