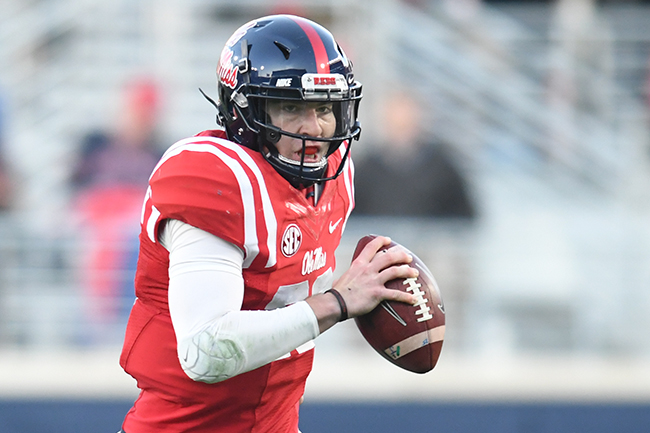 A highly recognizable name will be among Ole Miss’ player representatives at Southeastern Conference Media Days.

Quarterback Shea Patterson will be one of three players making an appearance next week in Hoover, Alabama. Offensive lineman Javon Patterson and defensive lineman Breeland Speaks will join their sophomore signal caller in making the rounds at the Wynfrey Hotel.

Each team’s player representatives were announced Wednesday. Ole Miss coach Hugh Freeze and his players will take their turn in front of the microphones July 13.

Shea Patterson is entering his first season as the full-time starter after starting the last three games of last season in place of the injured Chad Kelly. The former five-star recruit completed 54.5 percent of his passes for 880 yards with six touchdowns and three interceptions while also running for 169 yards on 41 carries.

Javon Patterson is set to begin his second season as a full-time starter on an offensive line that has all five starters returning. The rising junior is at the top of the depth chart at left guard but has also played right guard and center.

Speaks has flashed his potential on the interior of the defensive line the last two seasons, but the 6-foot-3, 290-pounder has just 28 tackles and one tackle for loss last season and lost his starting job toward the end of it. But teammates spoke highly this spring of Speaks, who’s getting a fresh start in first-year coordinator Wesley McGriff’s defense.