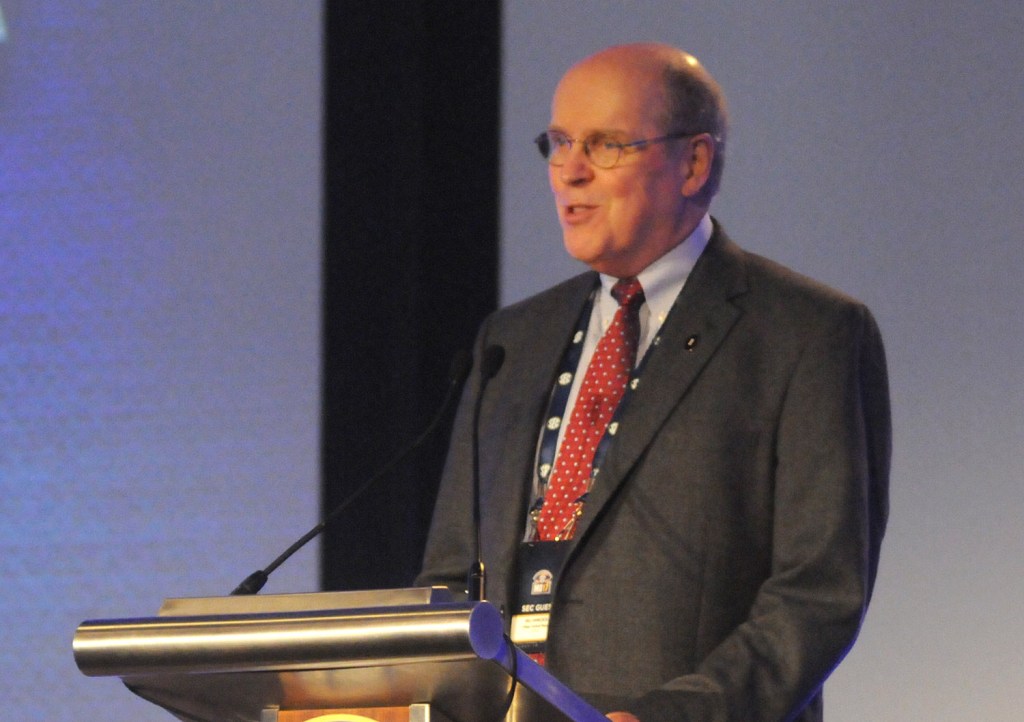 HOOVER, Ala. — The College Football Playoff is staying at four teams for the foreseeable future.

Addressing reporters at Southeastern Conference Media Days on Wednesday, College Football Playoff executive director Bill Hancock said there’s been “no talk about expansion of the field among our board.” The four-team playoff is entering the fourth year of a 12-year contract after being implemented in 2014.

But no system comes without controversy, which has fueled speculation that the field could expand after that in order to include all Power Five conference champions and at-large teams. Penn State was left out of the playoff last season despite winning the Big Ten championship and beating Ohio State, which was the playoff’s No. 3 seed before getting blanked by eventual national champion Clemson, 31-0, in its semifinal.

Hancock said the four-team playoff, which has always consisted of Power Five conference champions, preserves the importance of a team’s body of work throughout the course of the regular season. None of the playoff participants last season had more than one loss.

“The best, most compelling, most meaningful regular season in sports, a regular season that every other sport in America would love to trade for,” Hancock said. “Why monkey with a good thing?”

Staying at four teams, Hancock said, also allows the sport to keep the bowl structure in place and “keeps our sport within the framework of higher education.”

The Rose Bowl and Sugar Bowl will host next season’s semifinals on New Year’s Day. The national championship game will be played at Mercedes-Benz Stadium in Atlanta on Jan 8.

KNOW YOUR FOE: Improved Kentucky back on Ole Miss’…